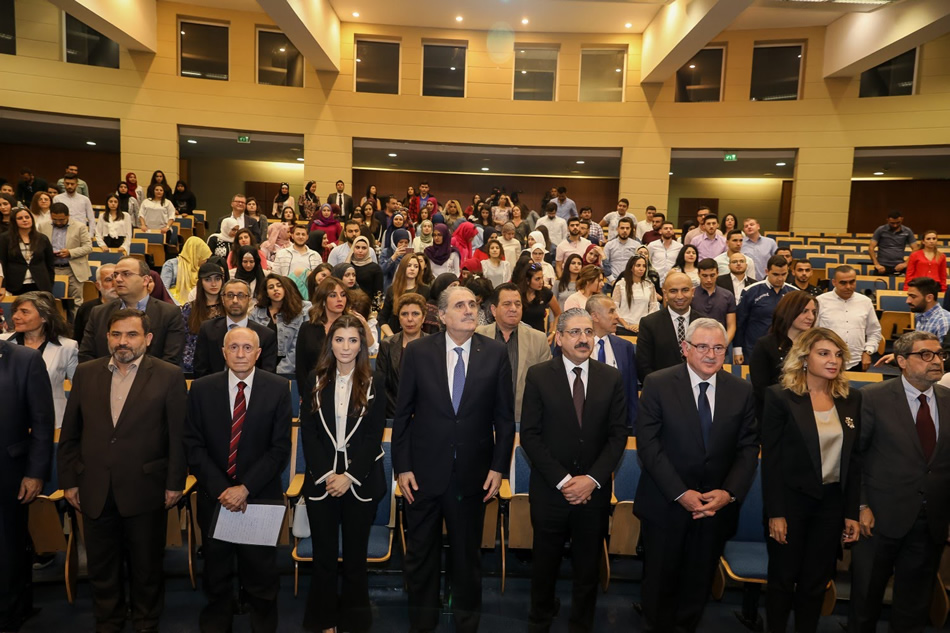 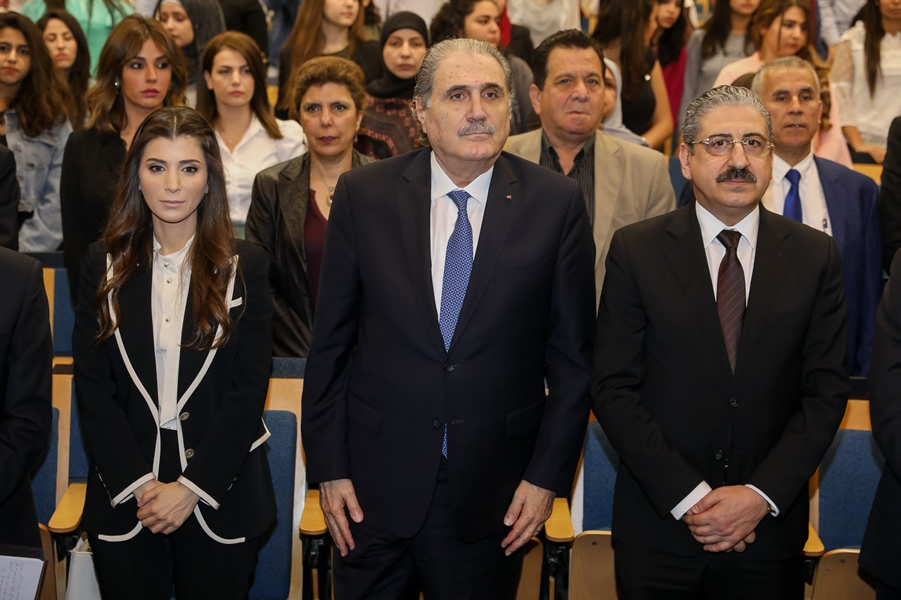 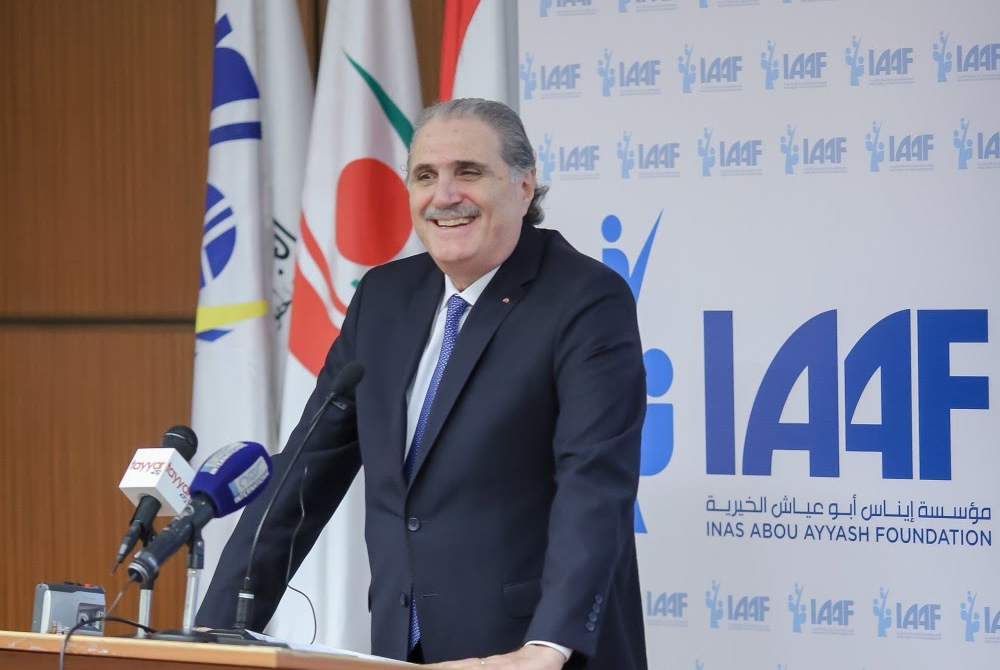 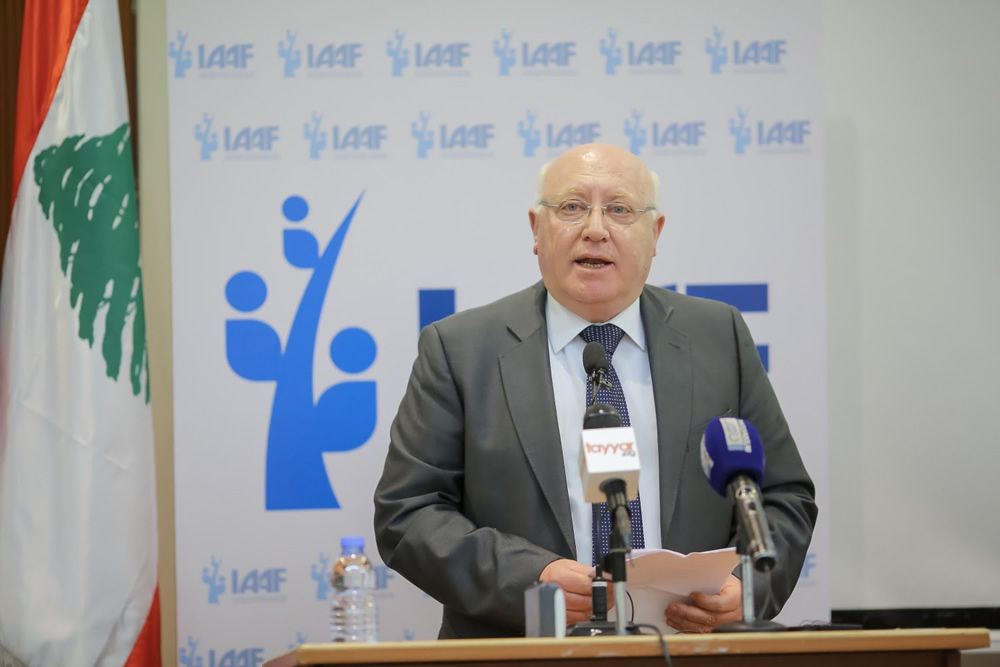 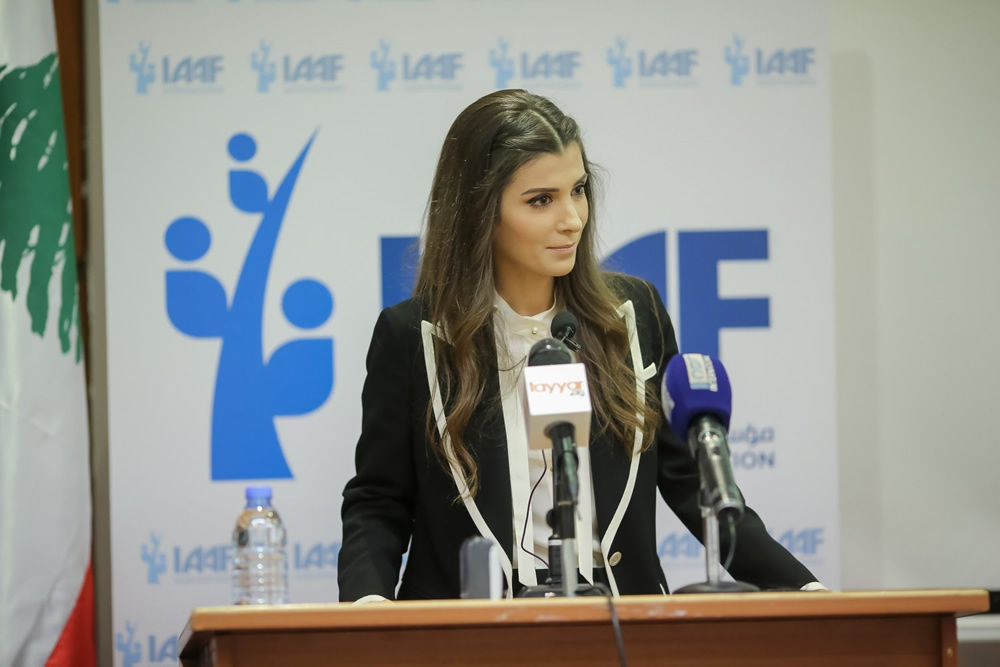 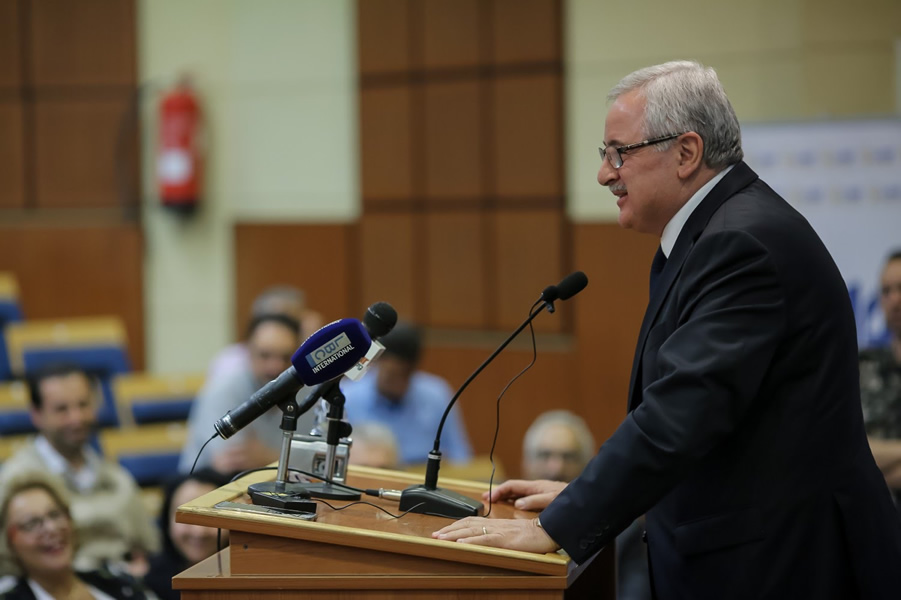 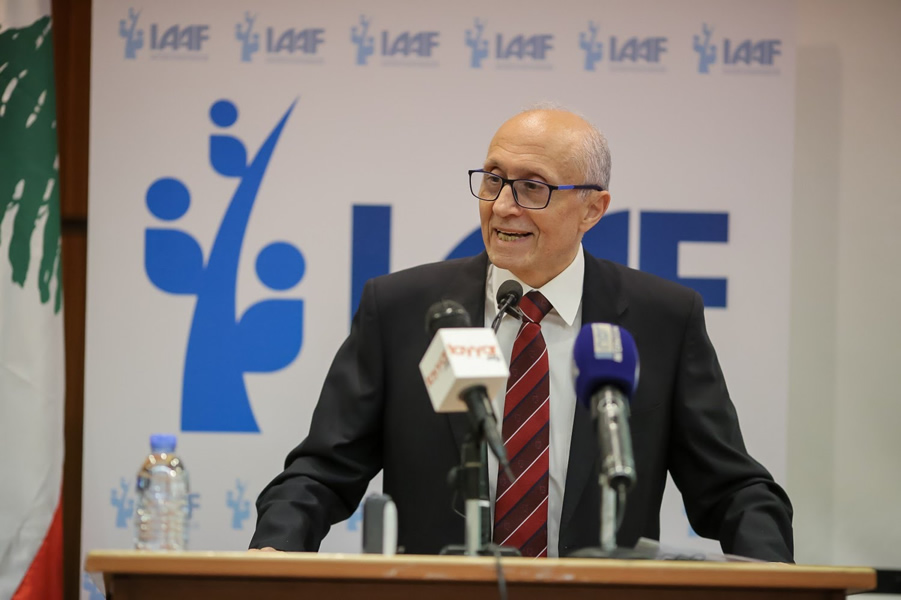 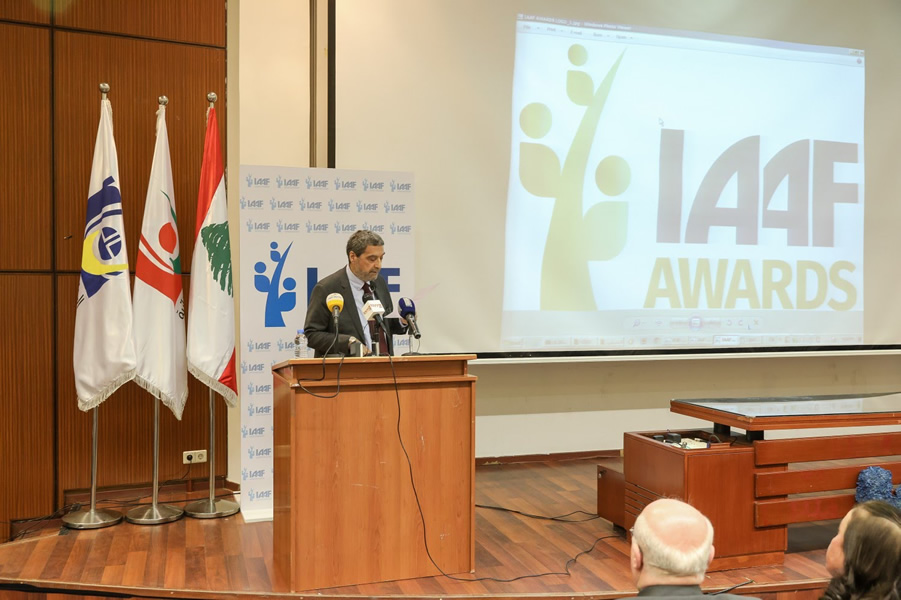 Under the patronage of the Minister of Justice, Mr. Salim Jreissati, Inas Academic Awards Foundation launched IAAF ADALA. This step is the first of its kind in Lebanon, supporting the skills of law students in the Lebanese University Law Faculty.
The ceremony was held in the first campus of the Faculty of Law, Political and Administrative Sciences. Were present the President of the Lebanese University Professor Fouad Ayoub, the Dean of the Faculty of Law and Political and Administrative Sciences Dr. Kamil Habib, His Excellency Minister of Women’s Affairs Jean Oghassabian, the Judge Marwan Karkabi, and the Lawyer Mohammad Matar. The ceremony started with the Lebanese national anthem, followed by Mrs. Inas Al Jarmakani speech, in which she recited the attorneys’ oath and pledged justice by calling them to “Dare to achieve justice!”. From his side, the Minister of Justice Salim Jreissati stated that without the Lebanese youth, our country cannot grow and prosper as it needs to achieve justice.