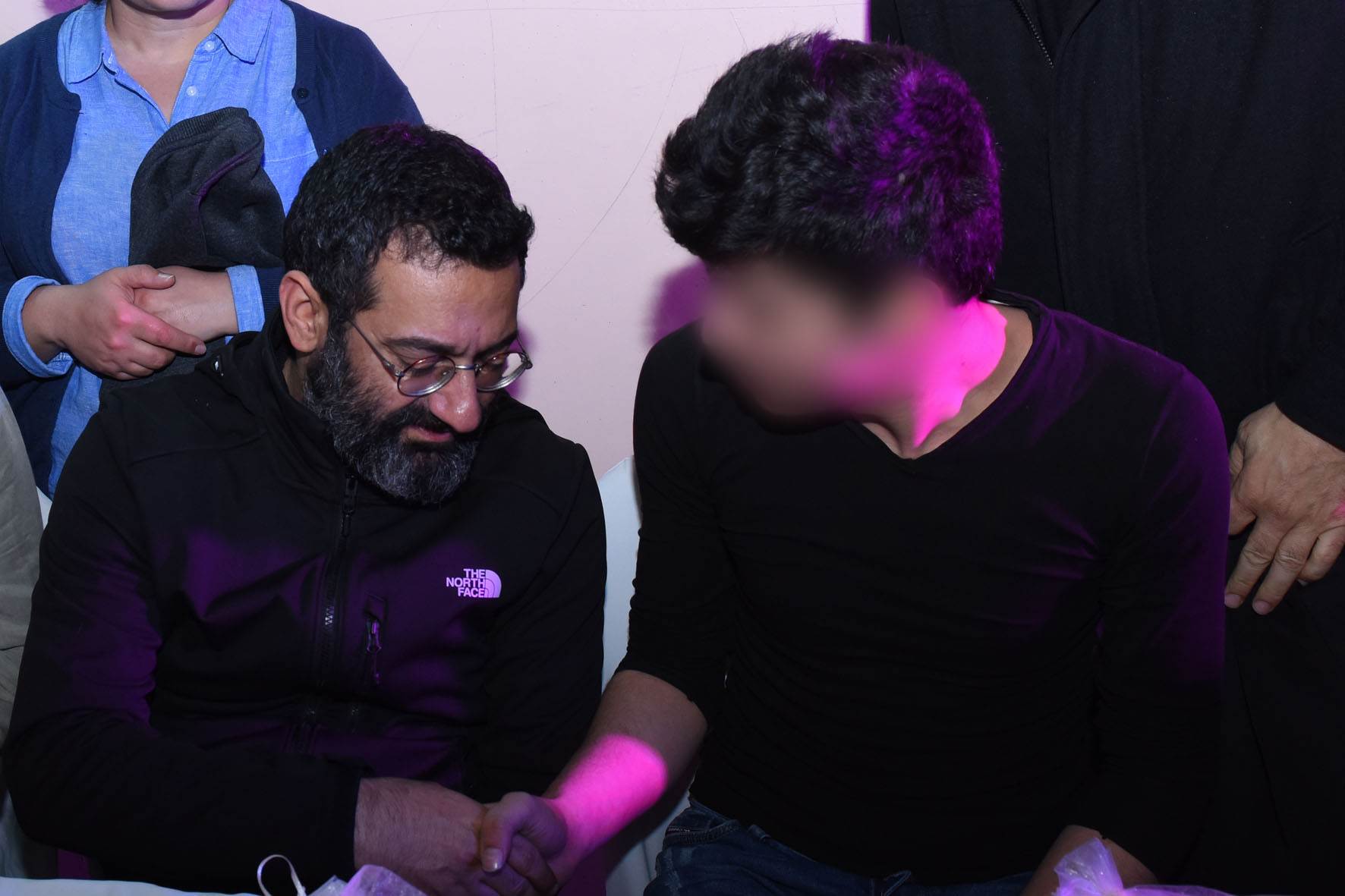 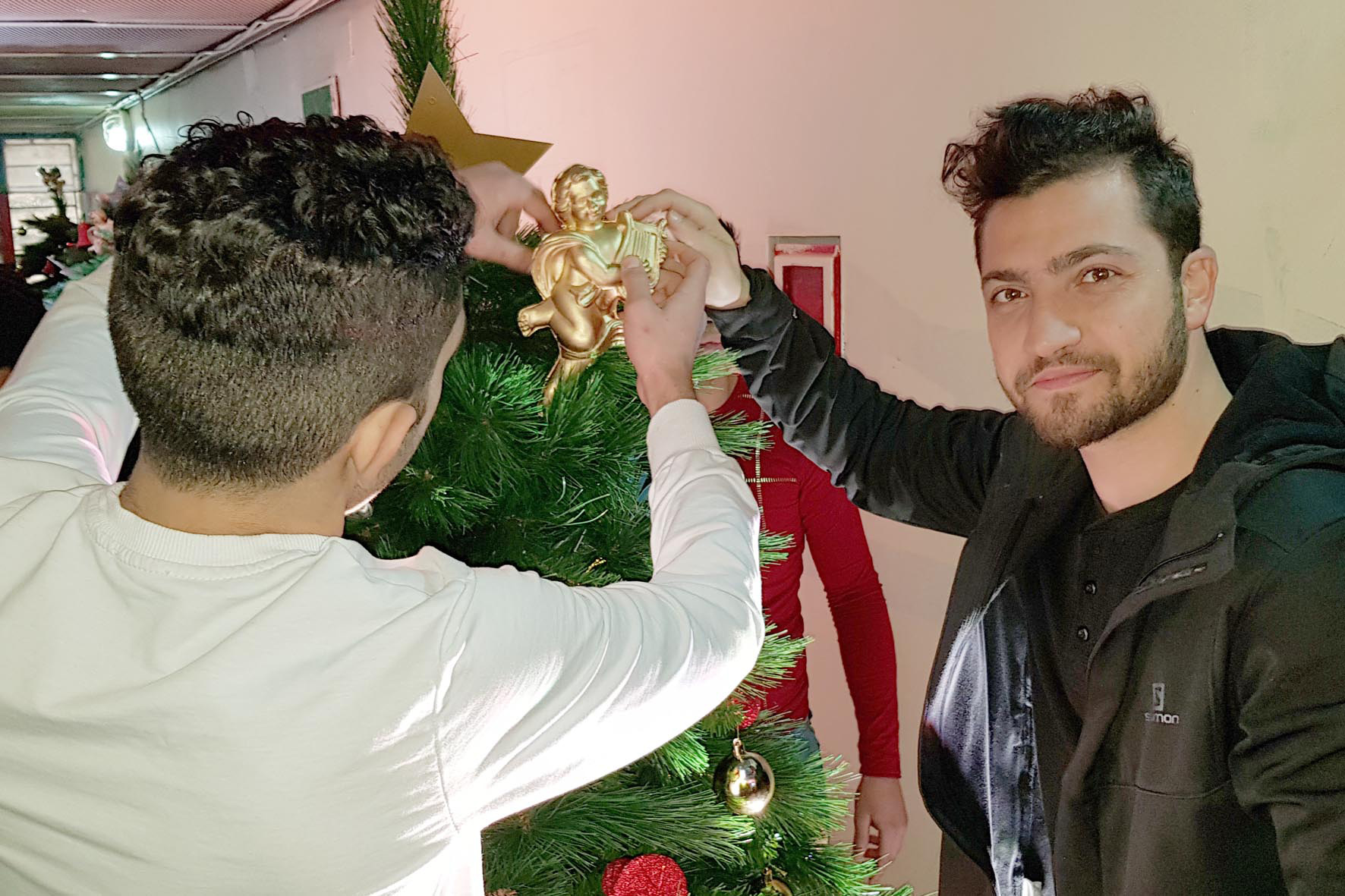 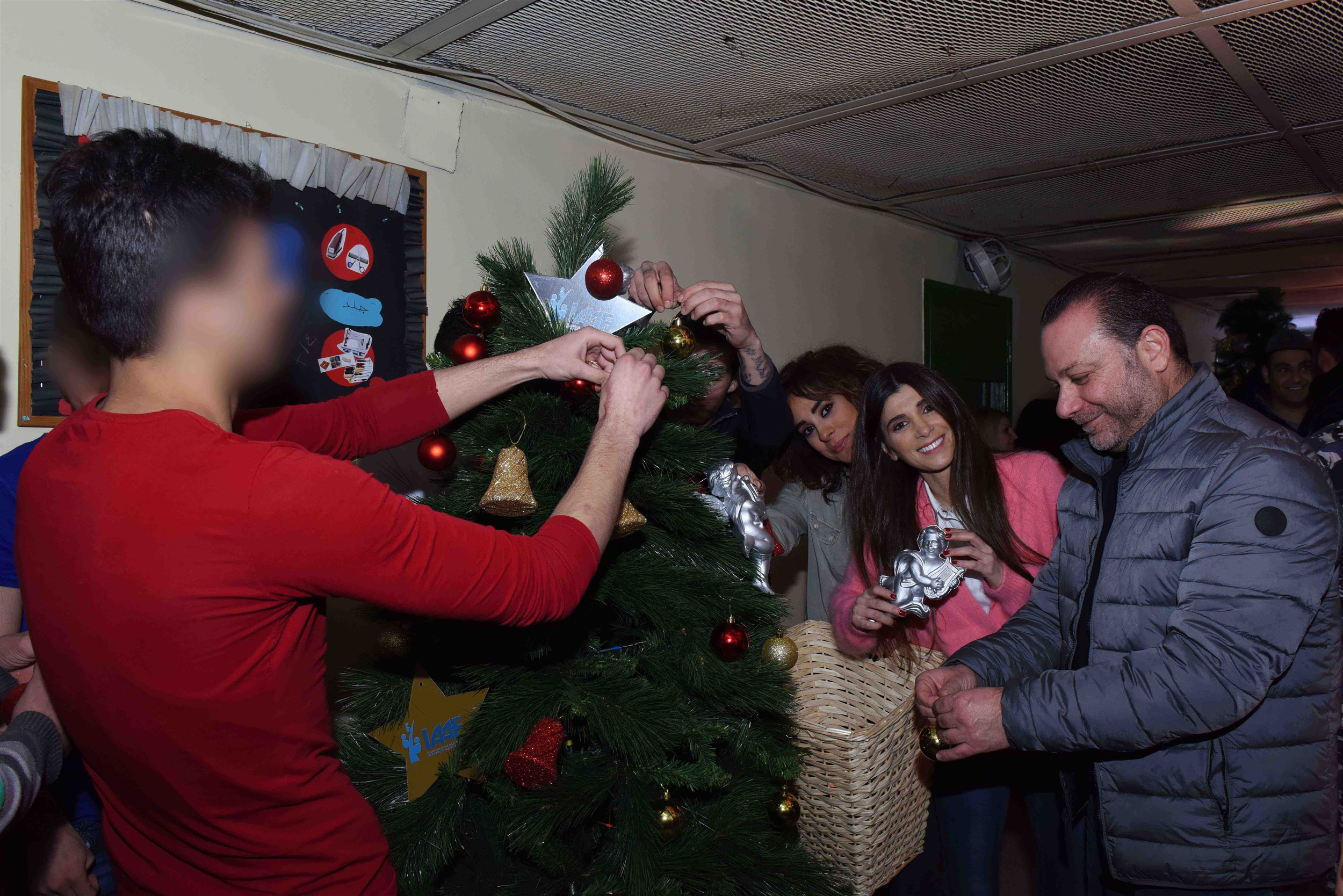 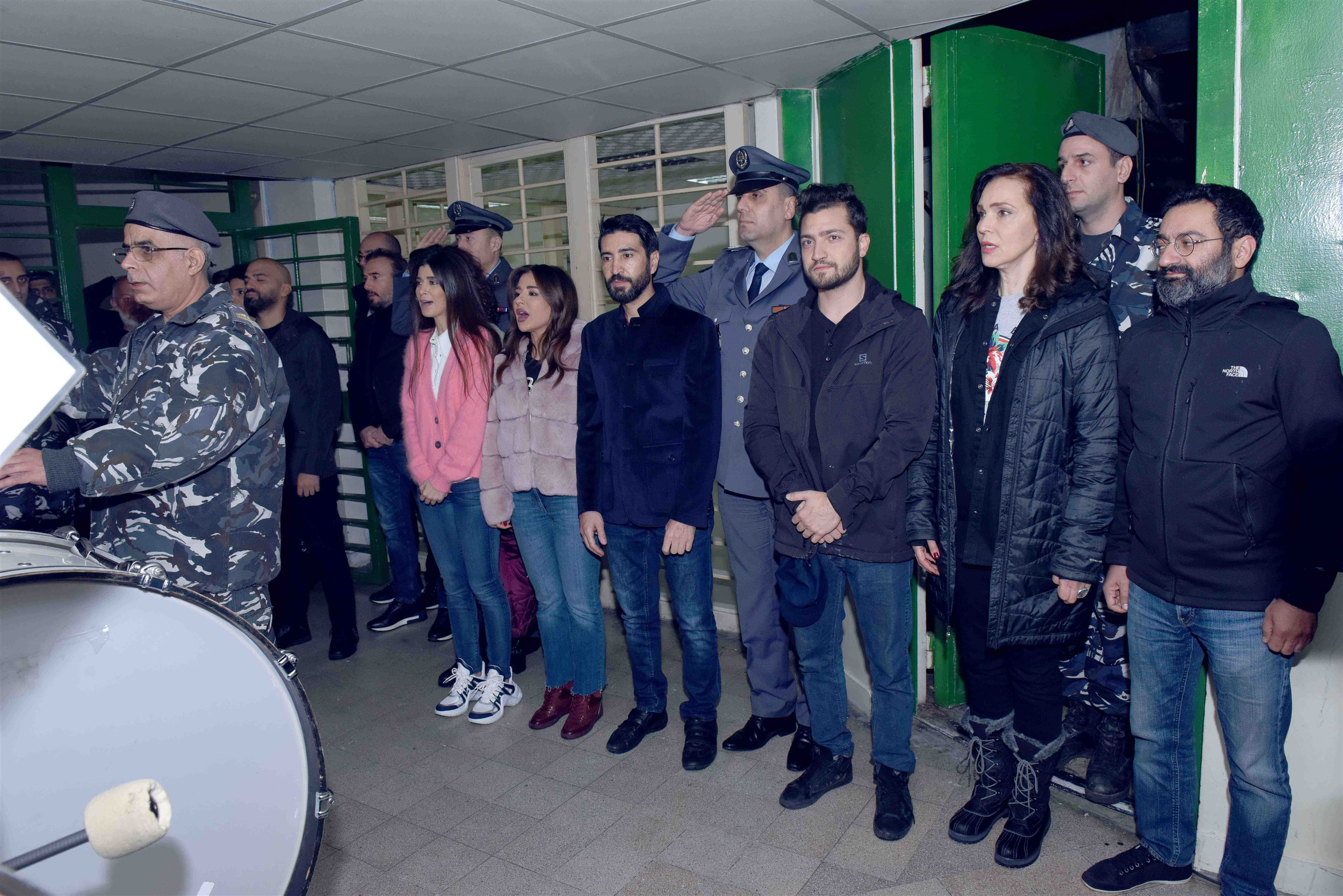 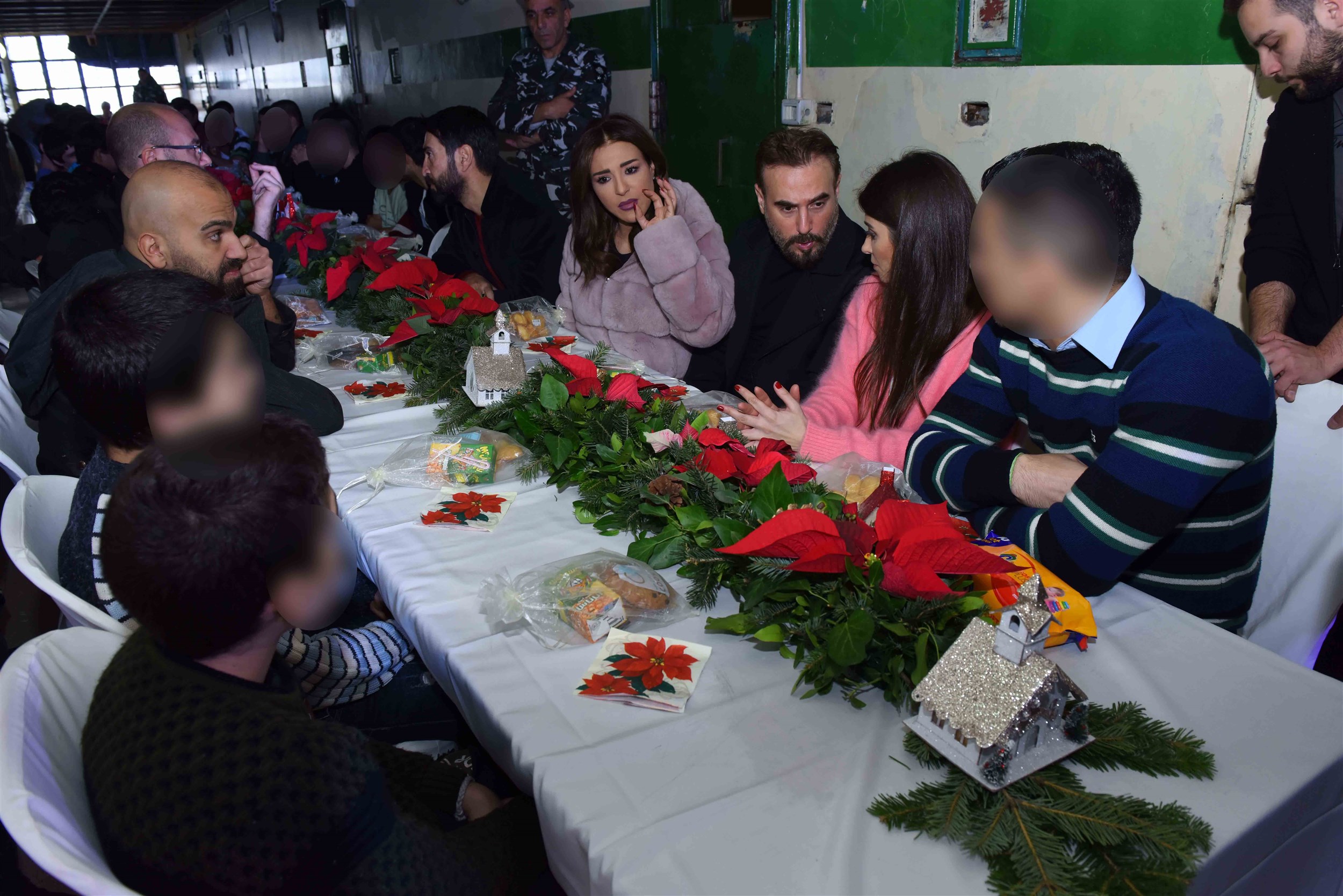 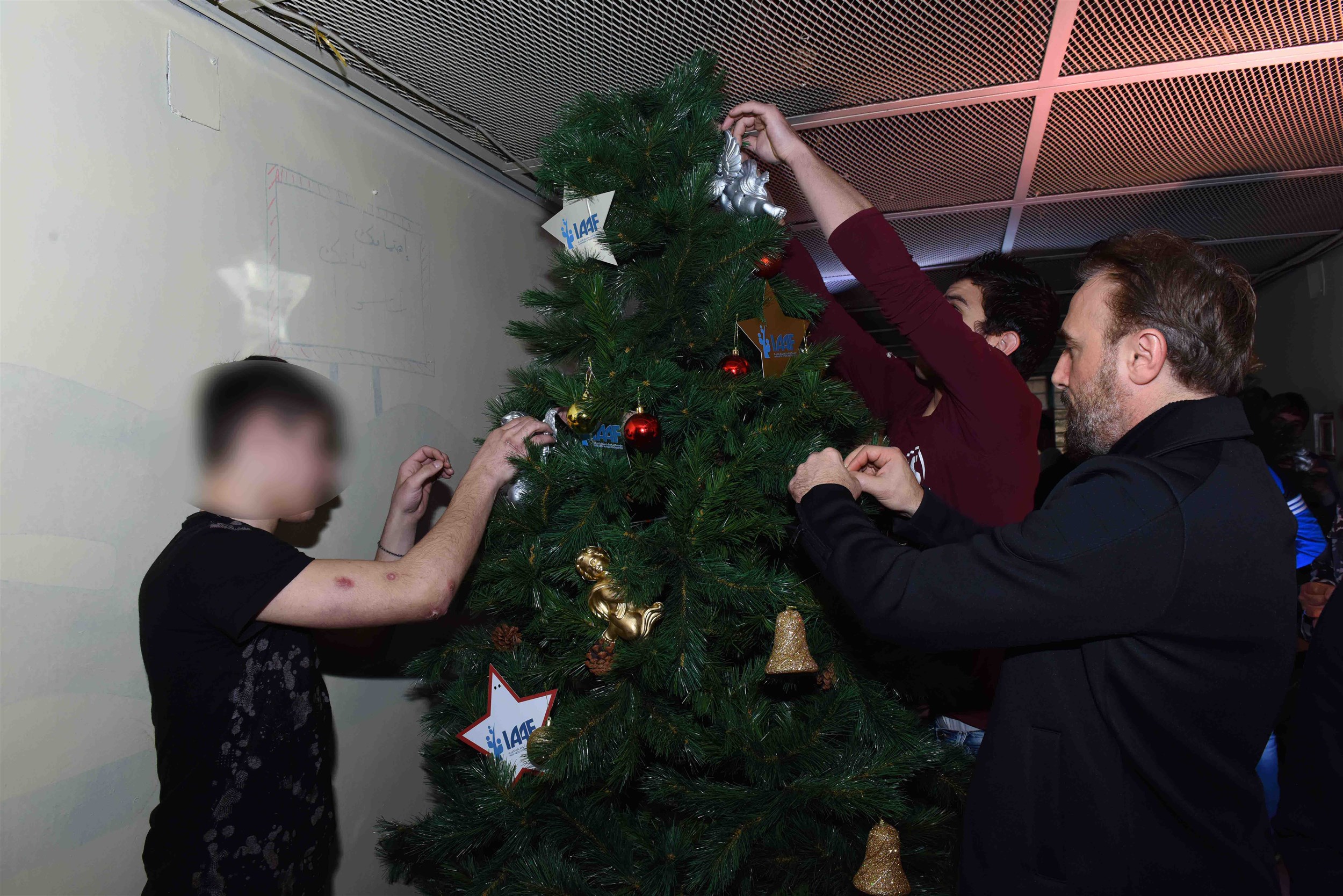 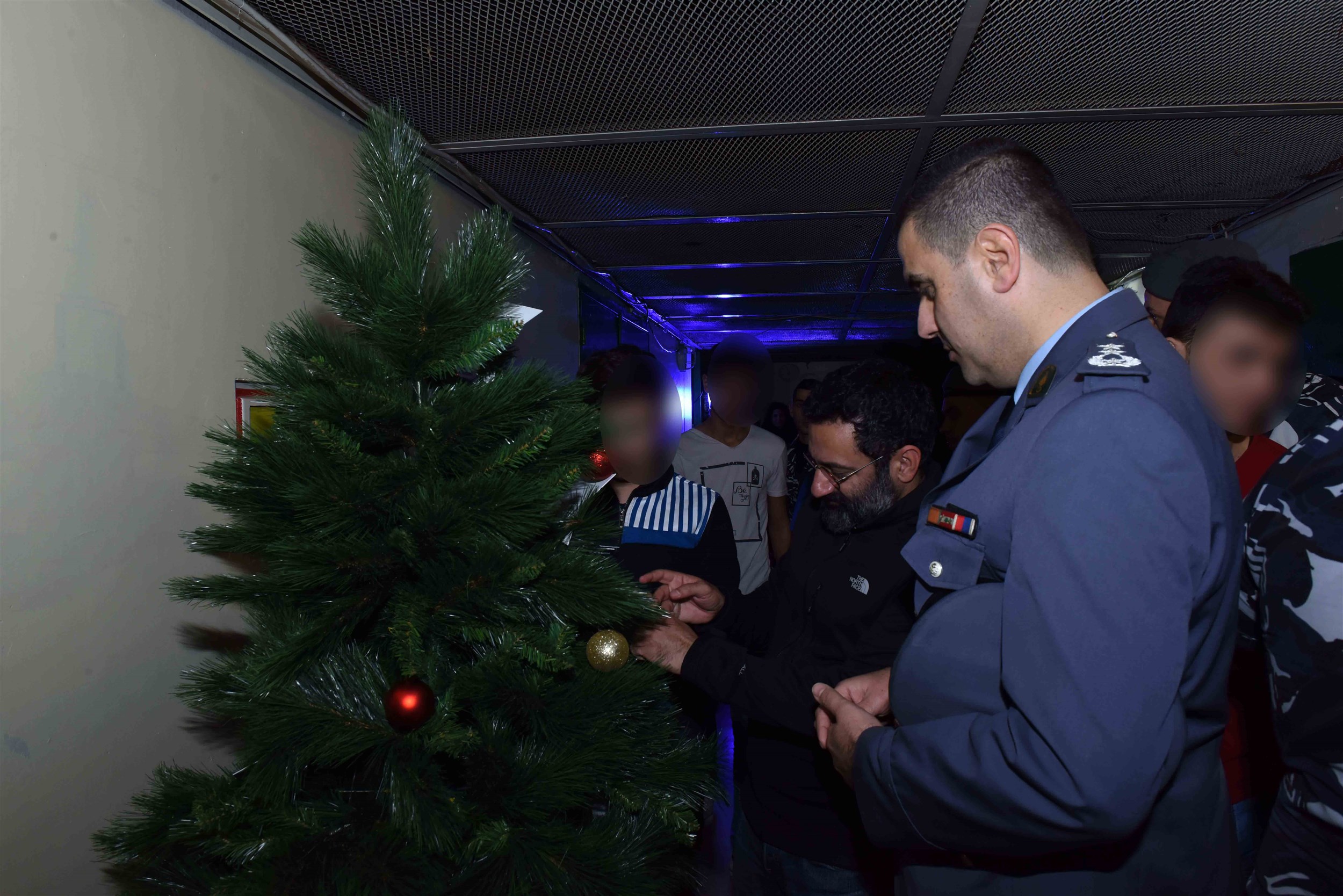 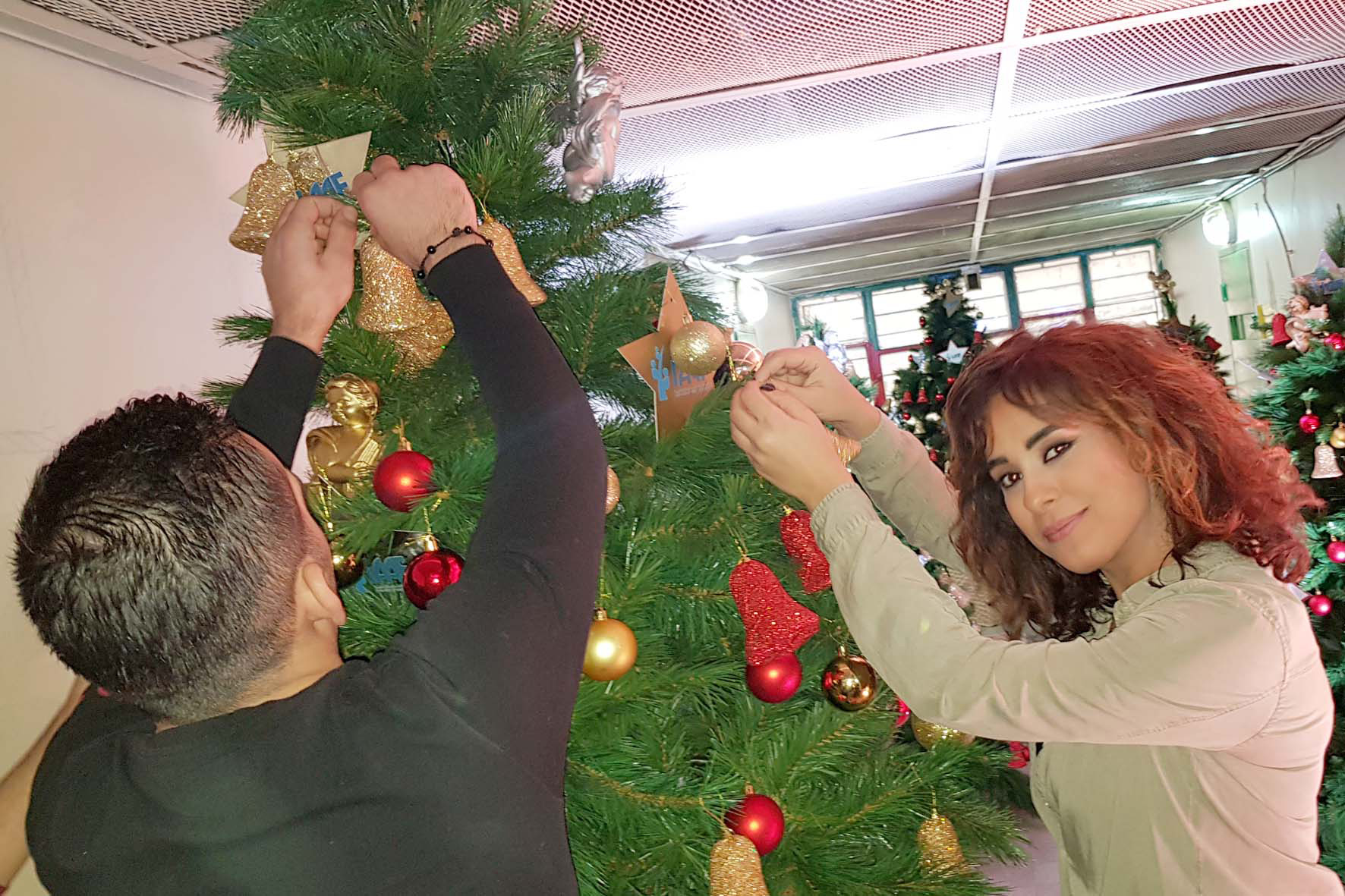 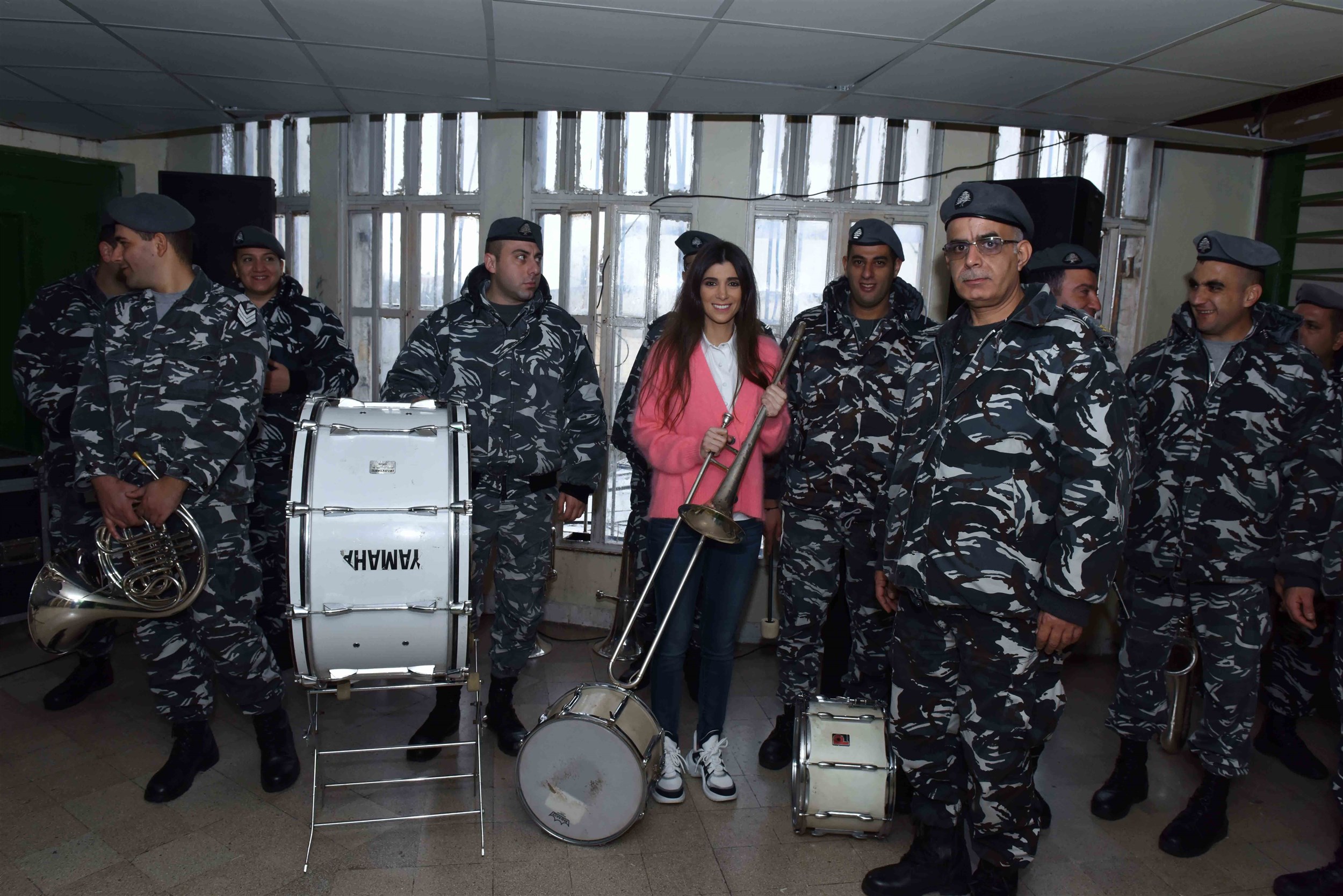 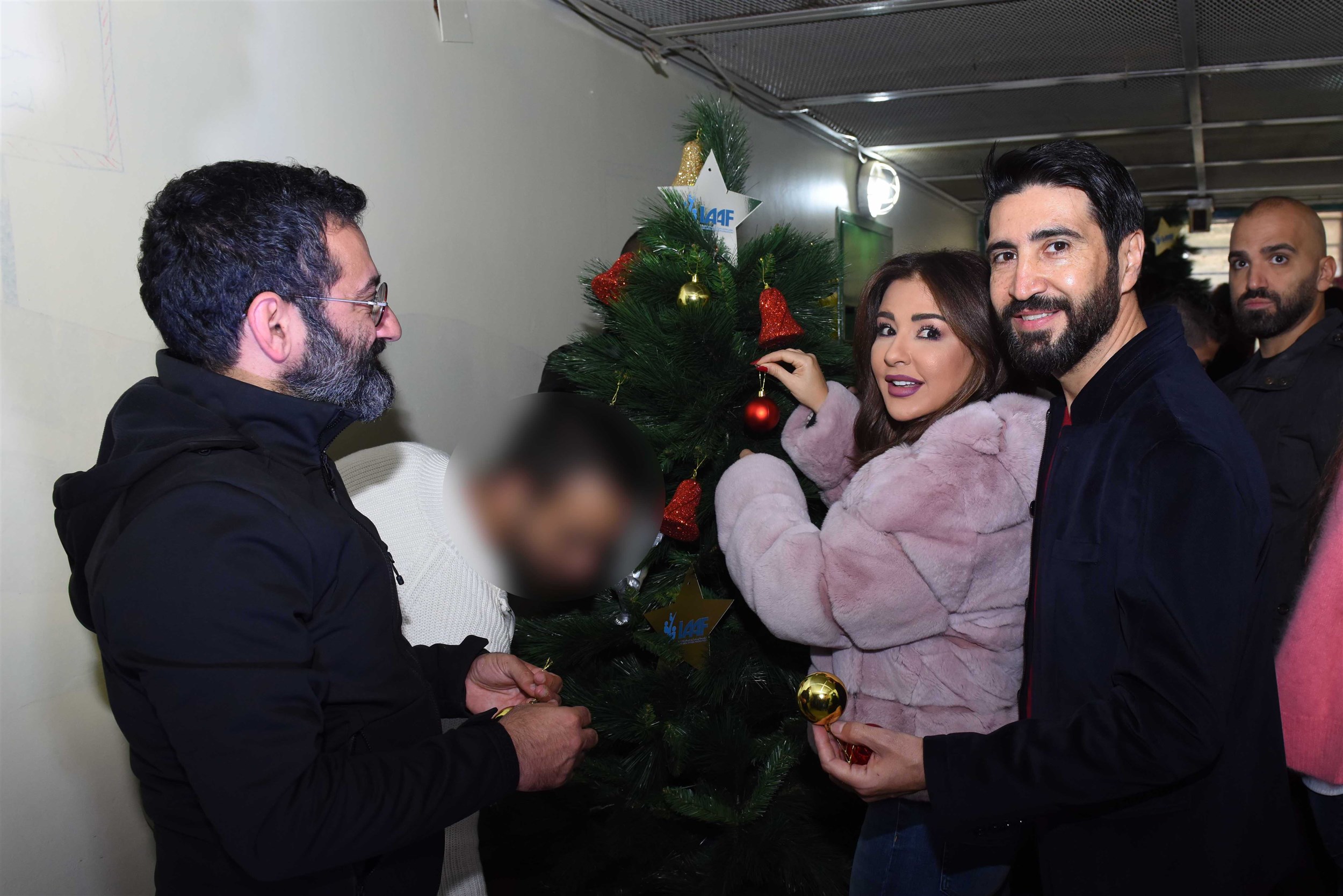 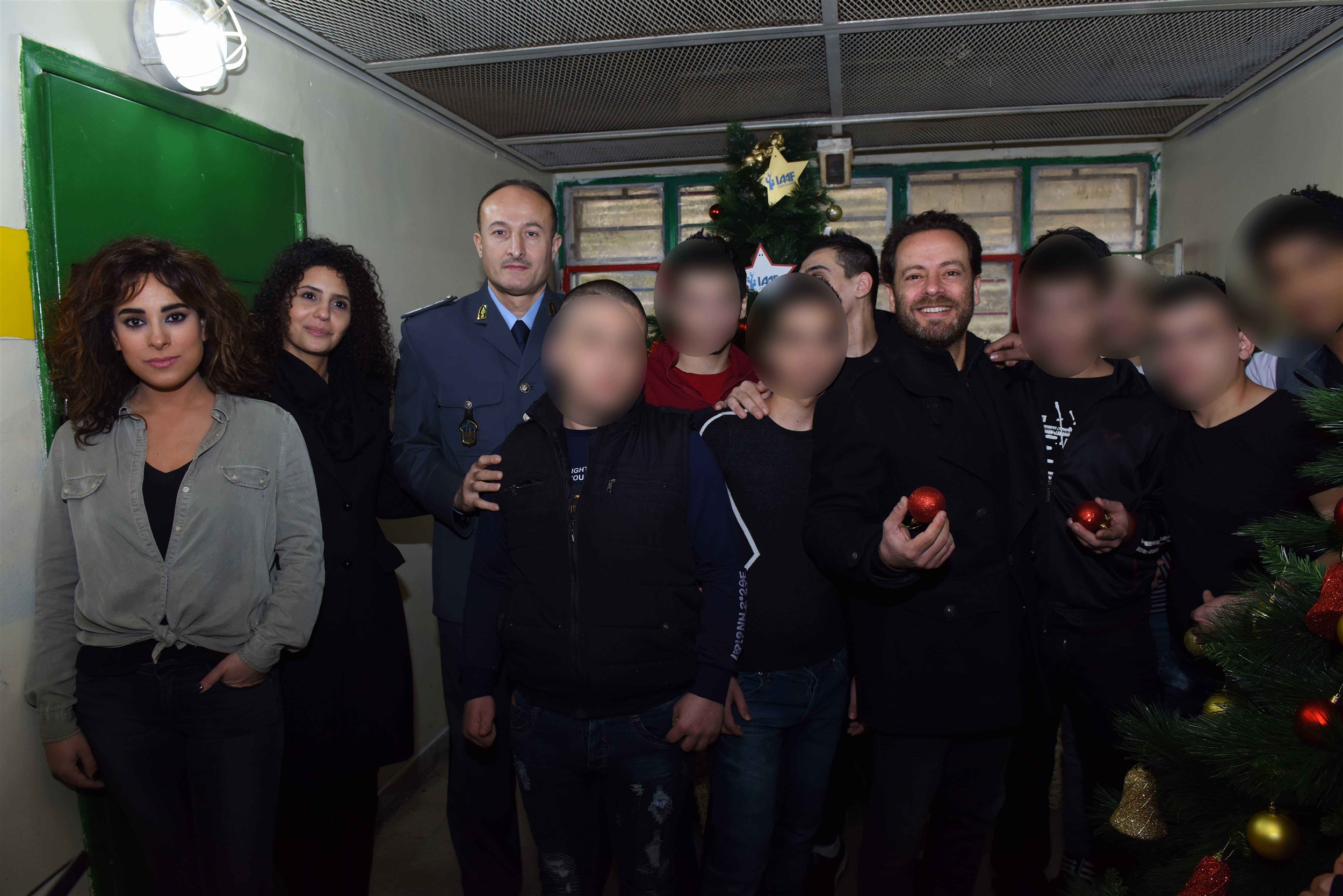 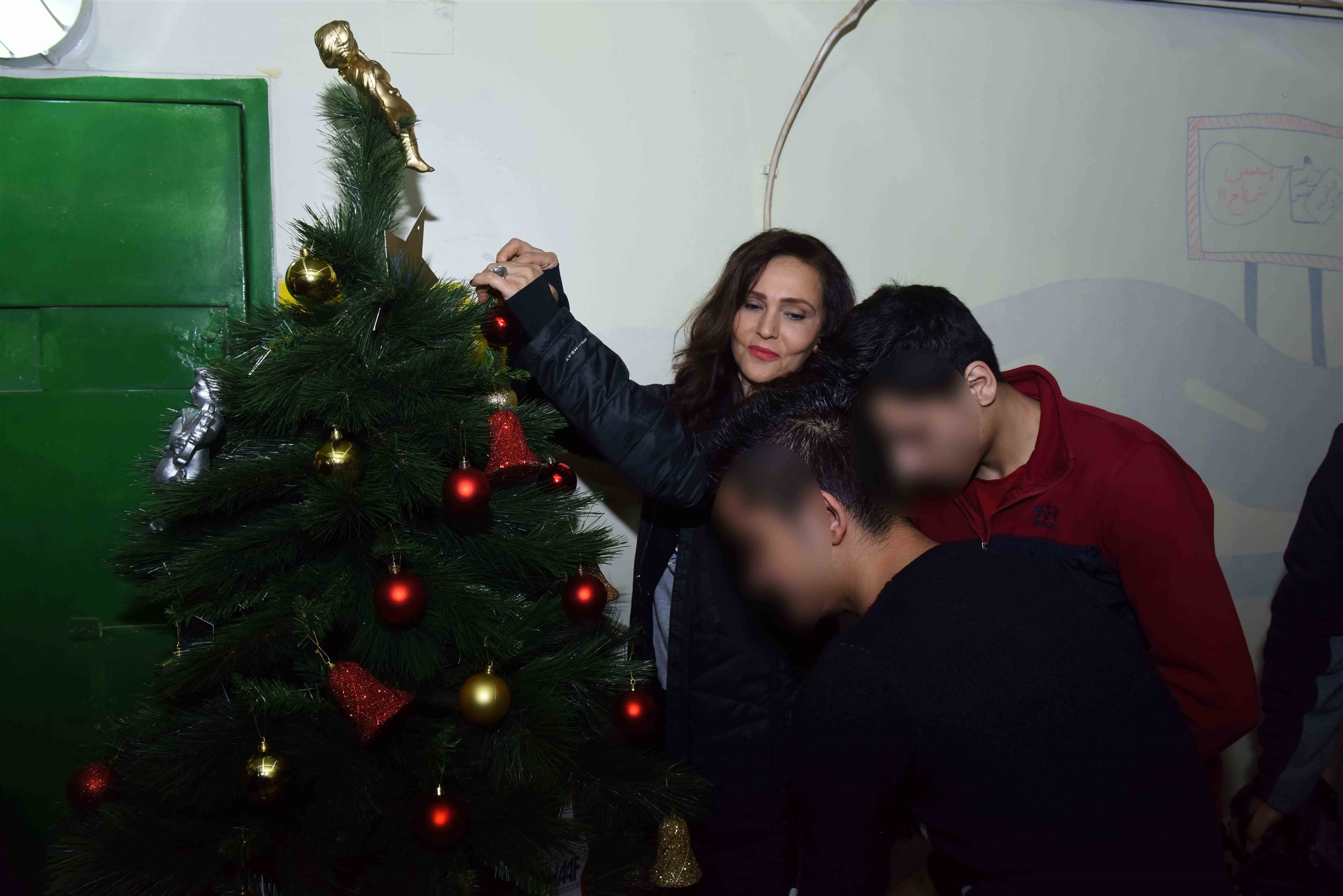 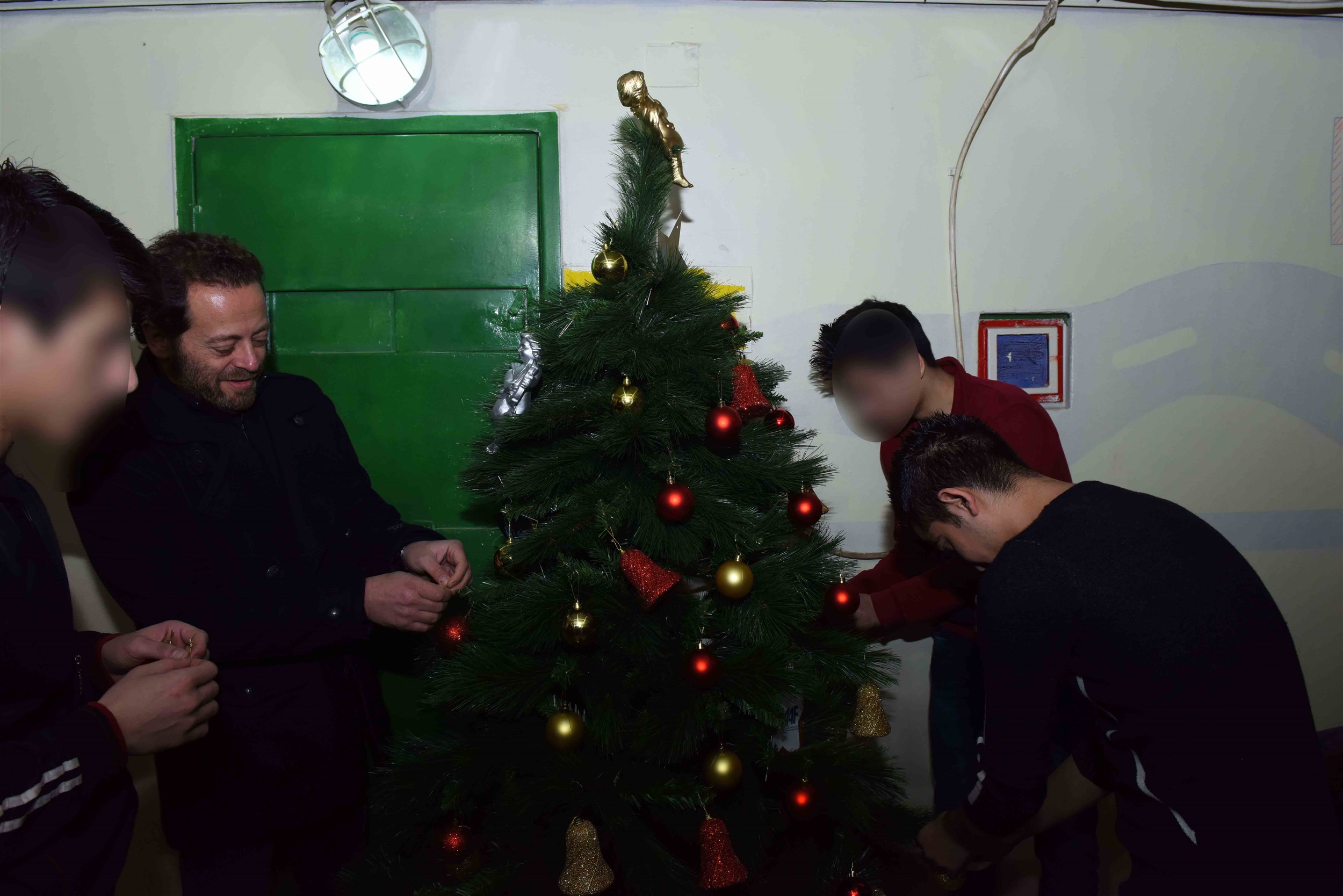 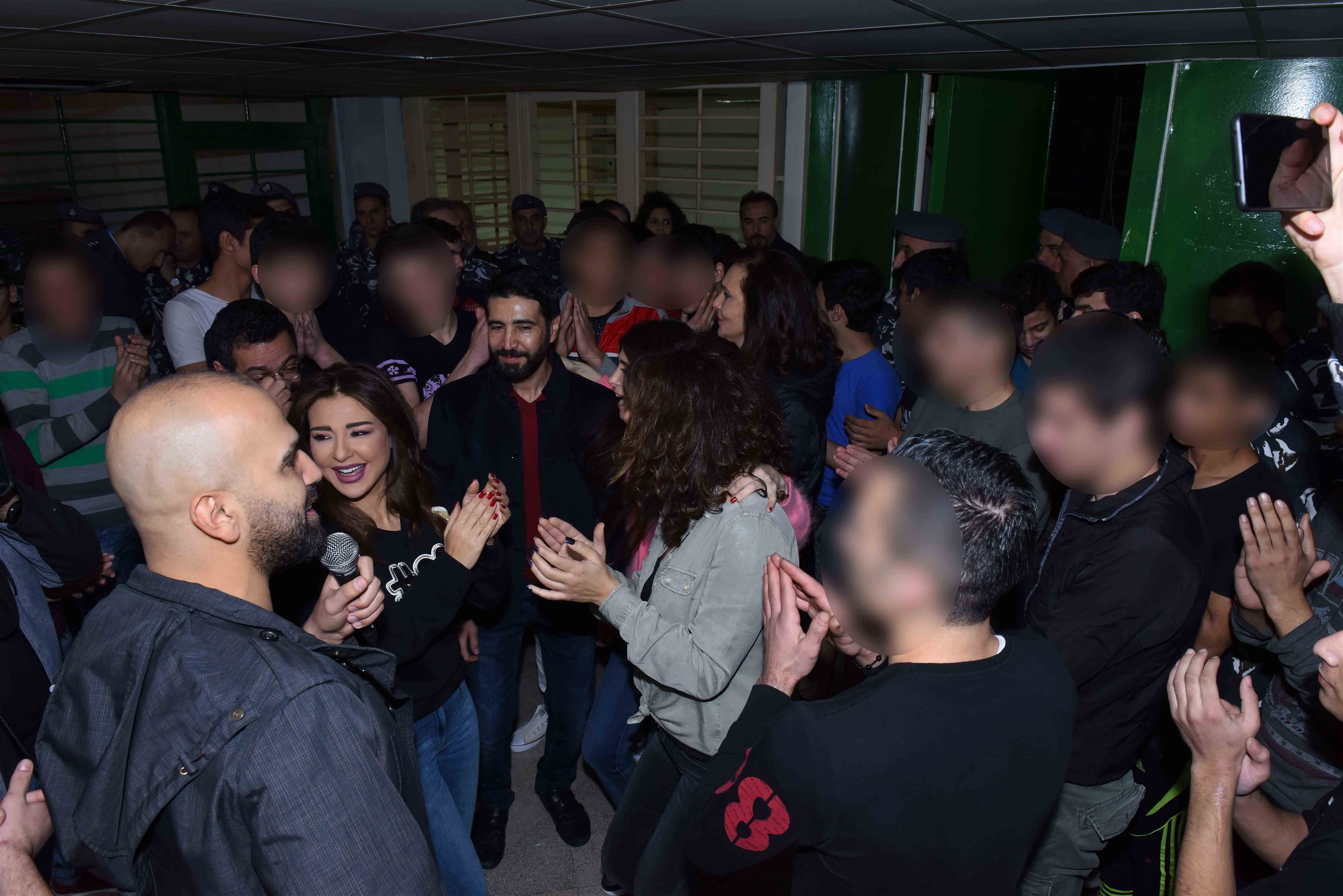 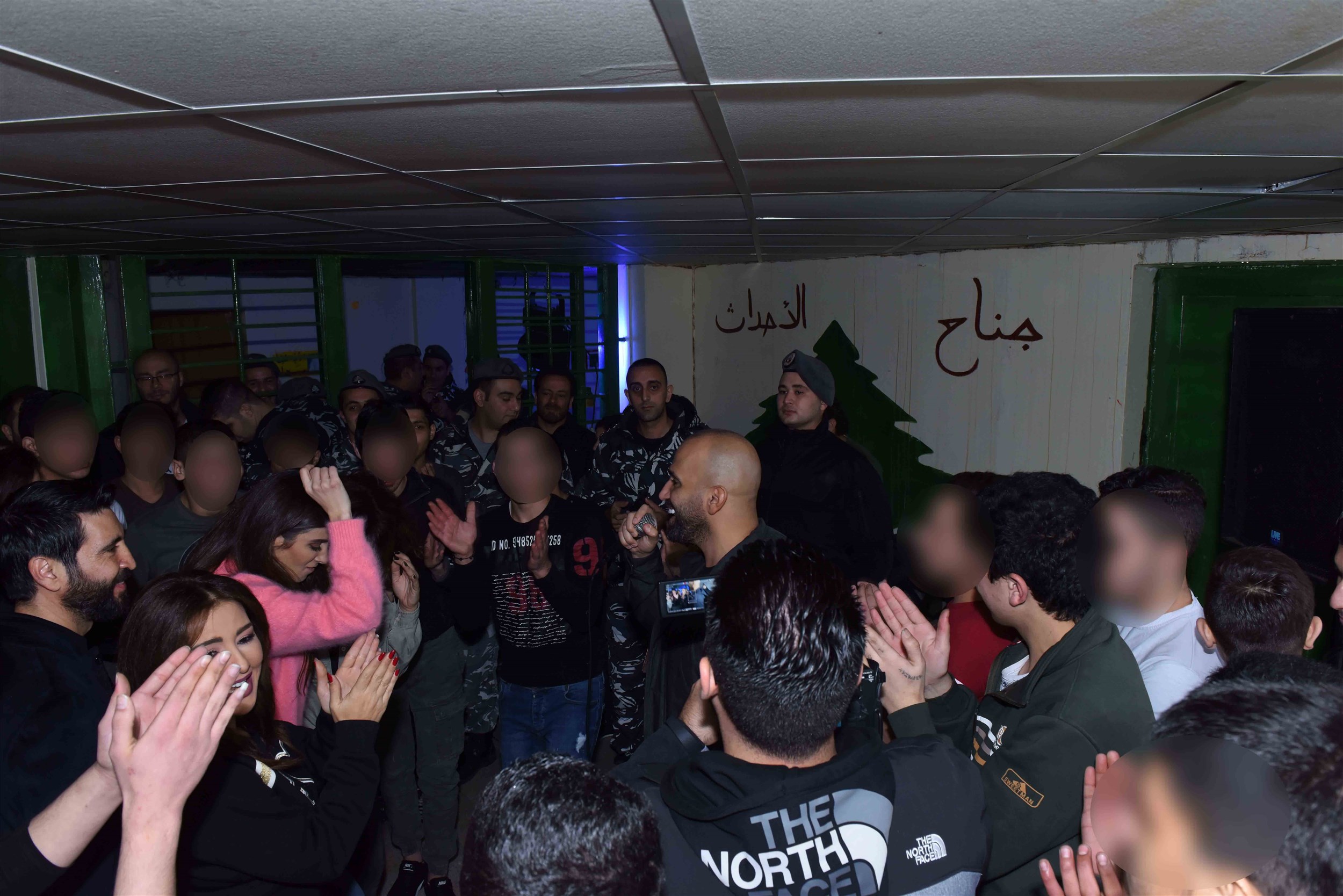 On December 7, 2018 and in celebration of the holy season, a Christmas lunch was held at the Roumieh prison in the presence of Colonel Majid Al Ayoubi, who represented the Director General of the Internal Security Forces Major General Imad Othman. This event was the first of its kind witnessed inside the gates of the Prison of Roumieh, in the season of forgiveness and second chances. The event touched the hearts of those unfortunate men inside. The goal behind was to relieve the slightest of suffering of the juvenile prisoners there through providing them with a comfortable joyous atmosphere and diverse recreational activities, allowing them to divert from their daily routine inside locked cells. In the spirit of Christmas and holy season, Mrs. Inas Al Jarmakani was accompanied by a number of celebrities and artistic figures such as Naji Osta, Badih Abou Chakra, Georges Khabbaz, Rola Hamadeh, Magguy Bou Ghosn, Bassem Moughnniye, Wissam Sabbagh, Andree Nacouzi, Elias Al Zayek, Bassam Abou Zeid and Rodolph Hilal. The celebrities together with the prisoners decorated a Christmas tree, on and on one table, they shared together lunch sponsored by the IAAF, and ended the event dancing with the juvenile prisoners.