The Maronite Patriarchate oversaw the first of many to come uniquely magical event, surrounded by hundreds of children cared for by different charitable associations and institutions, from a pool of diverse sects and communities all around Lebanon. The Christmas themed event was sponsored and coordinated by the Inas Academic Awards Foundation and under the patronage and in the presence of His Eminence Cardinal Bechara Boutros Raï Patriarch Of Antioch And All East  to provide children the opportunity to share the holiday spirit and gifts with others, and to gain a first time visit to The Maronite Patriarchate. The aim was to give these kids a unique and self-gratifying experience and educate them on the importance of accepting each other, standing as one, and most importantly, to help others. 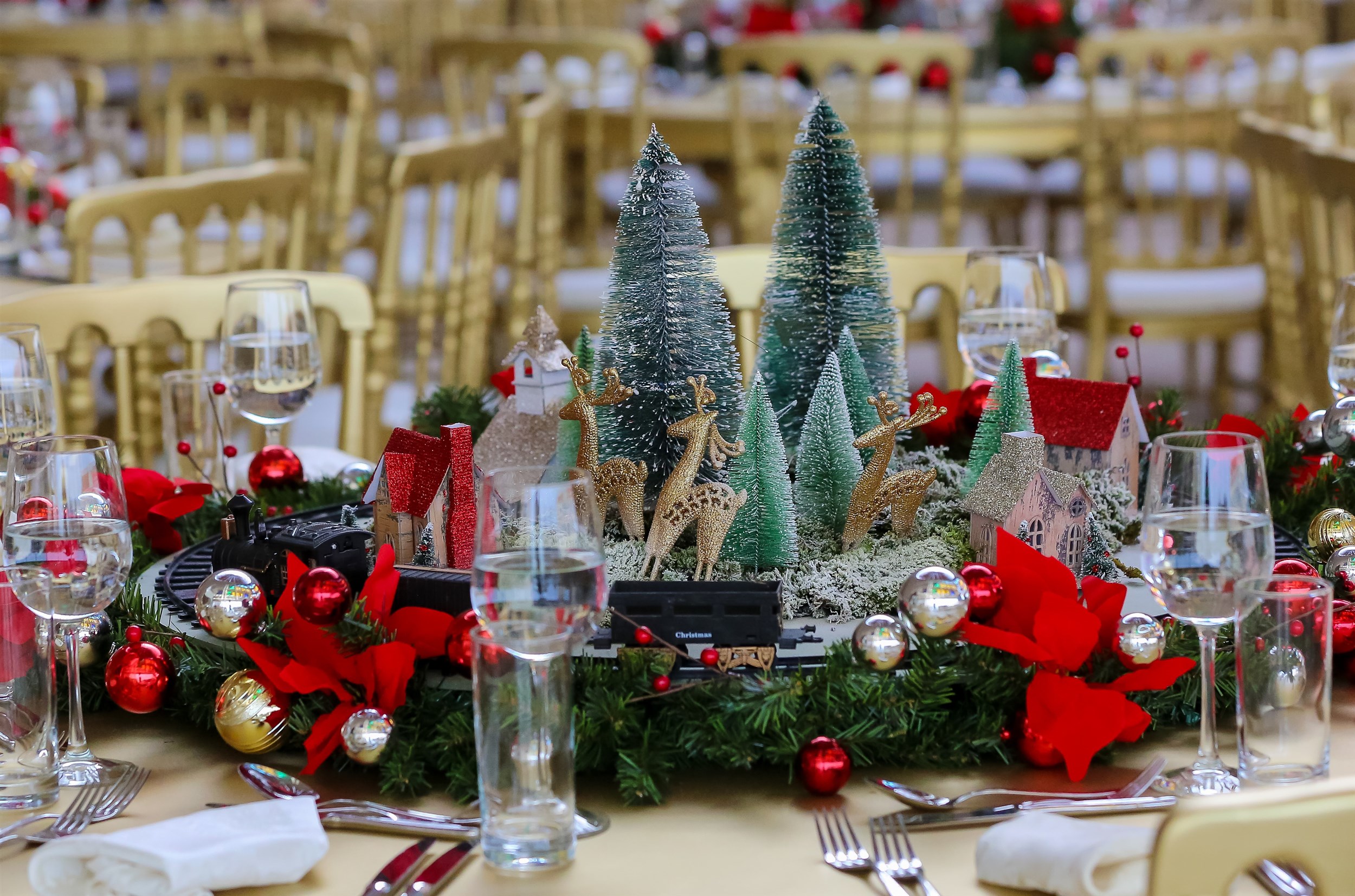 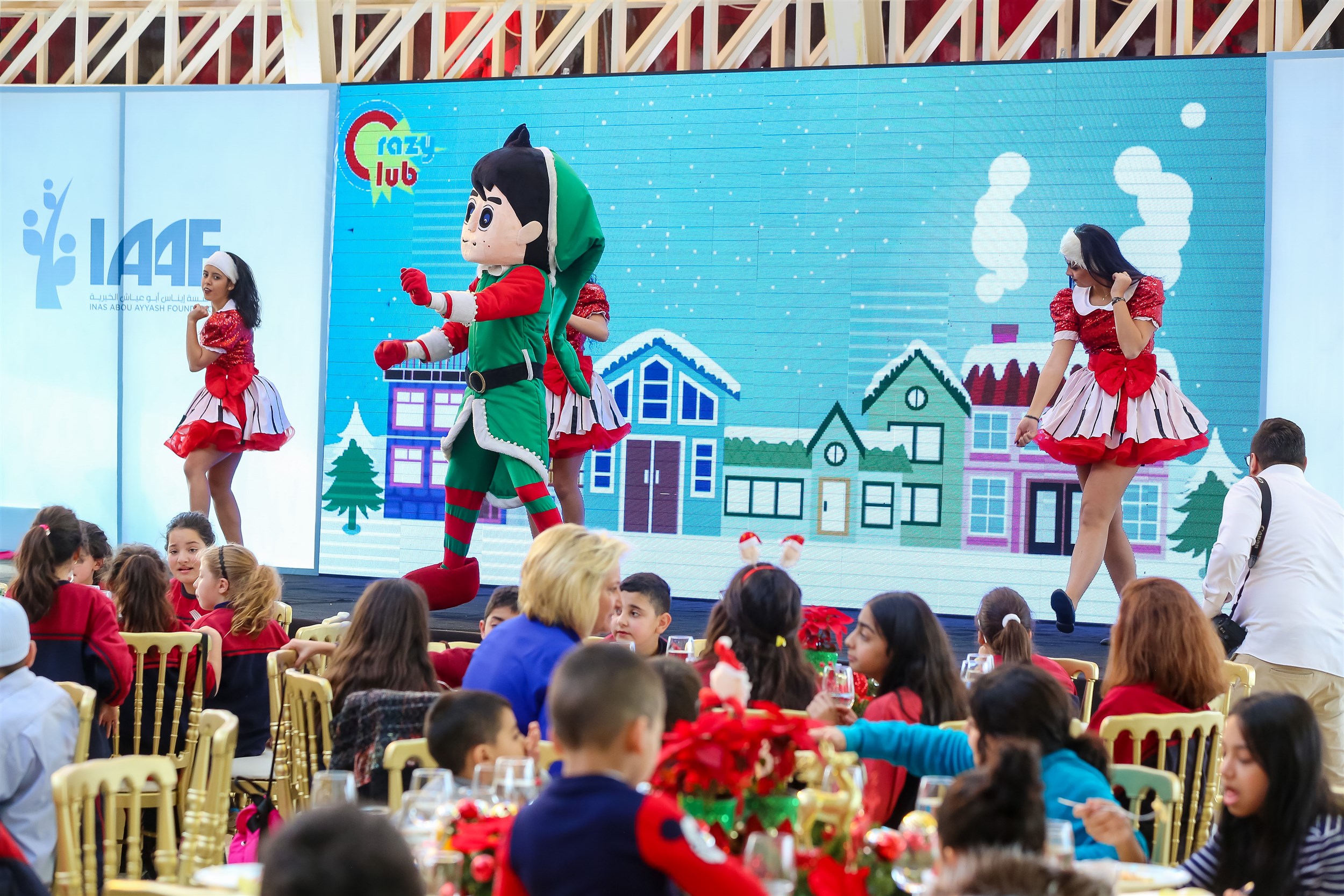 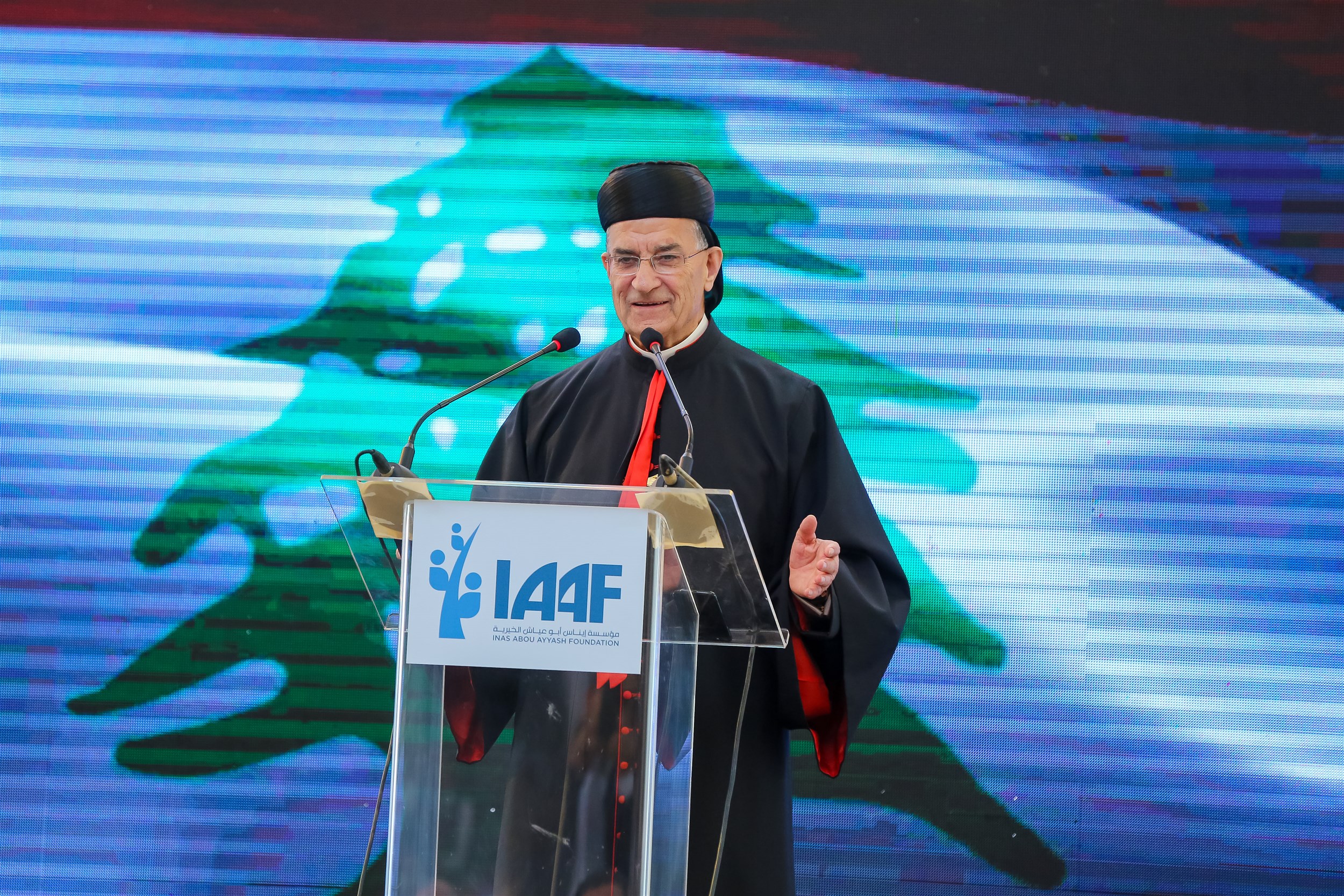 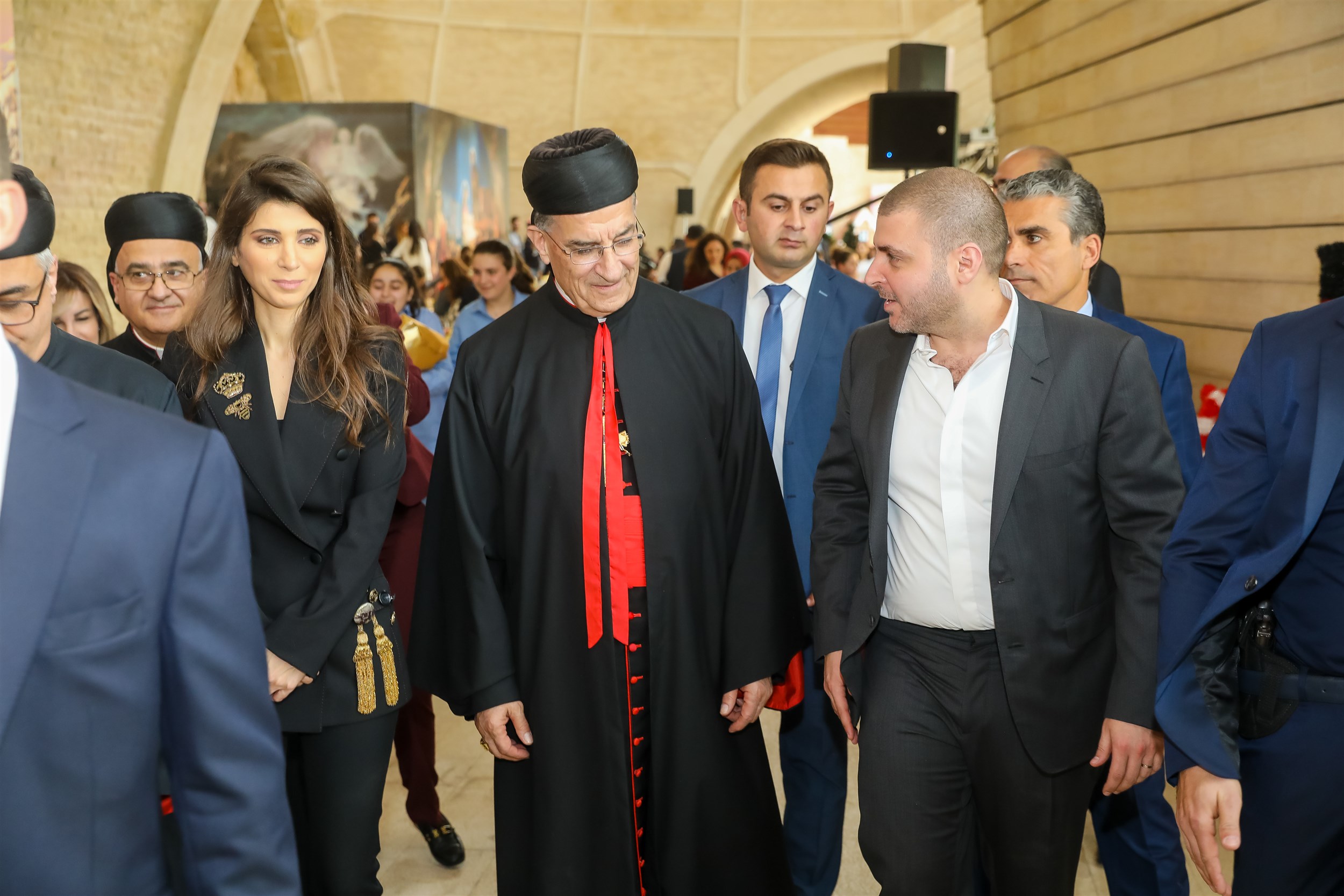 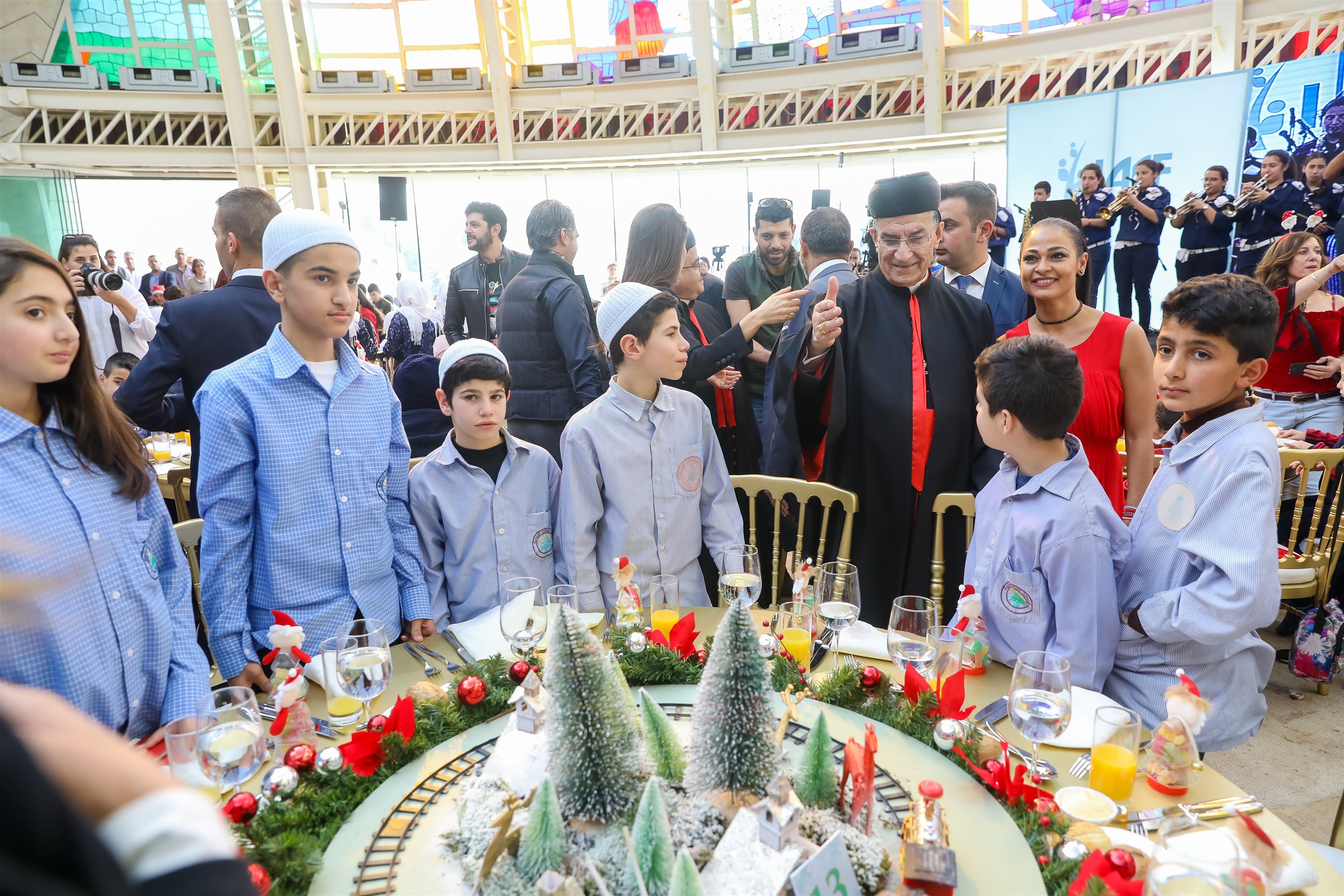 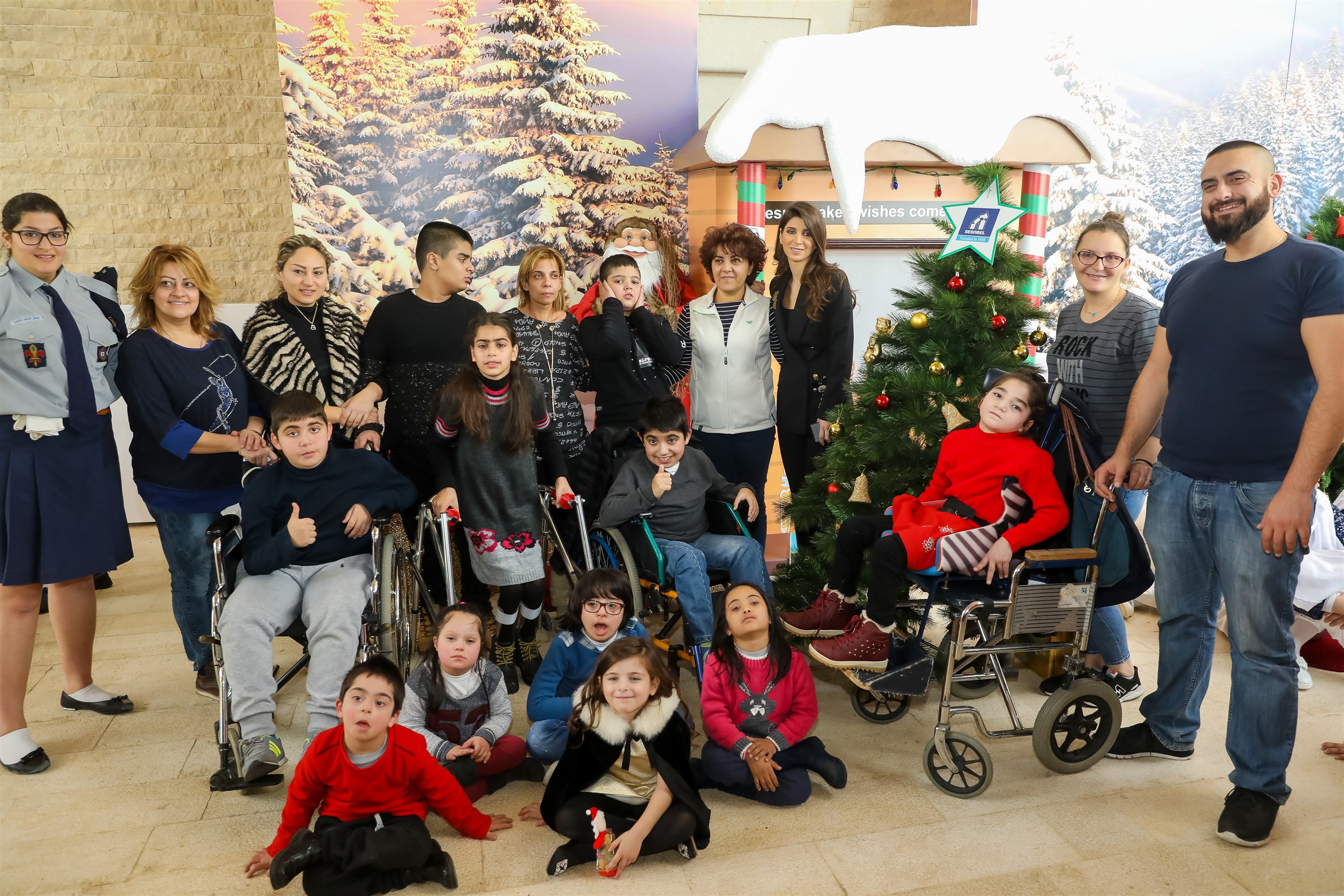 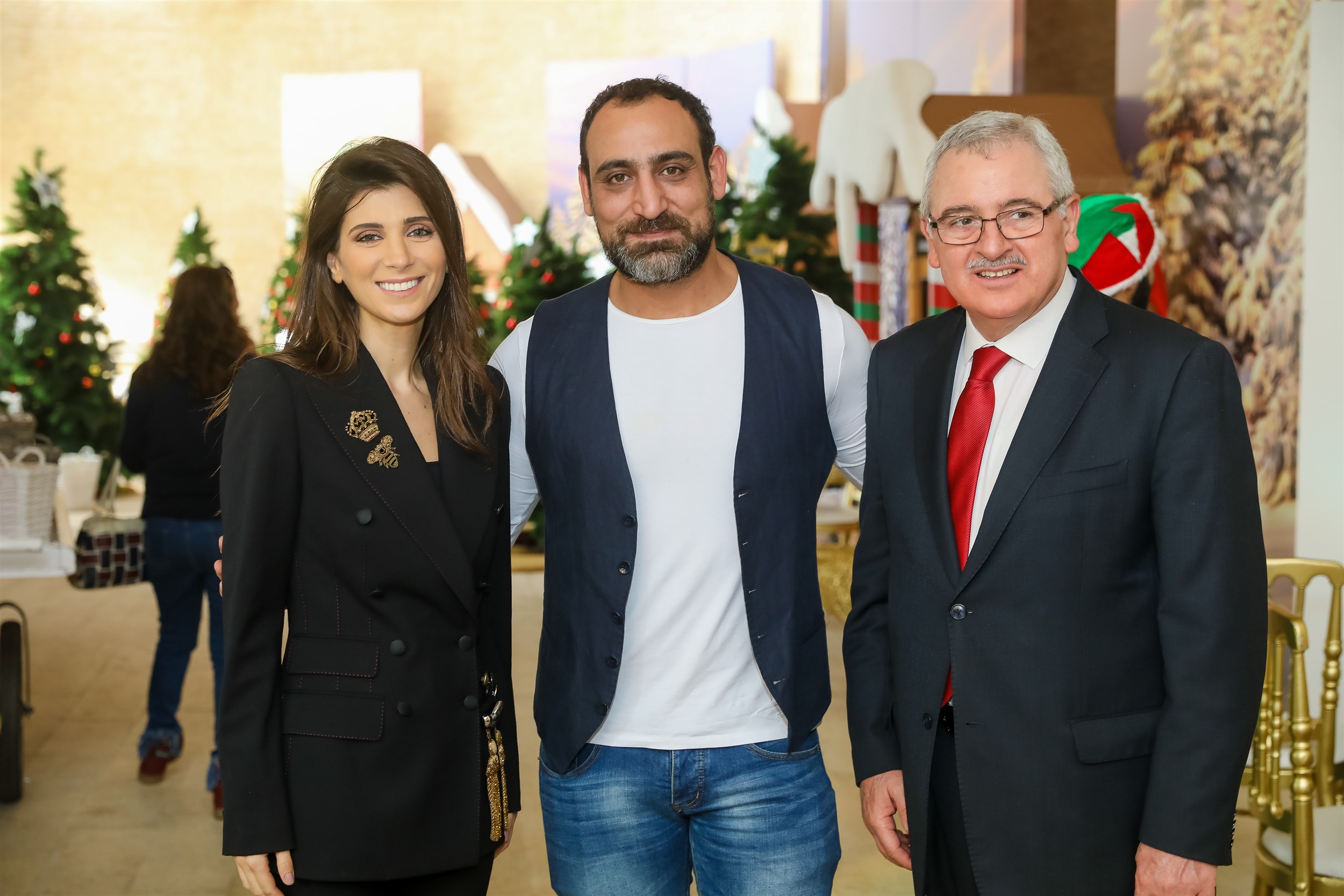 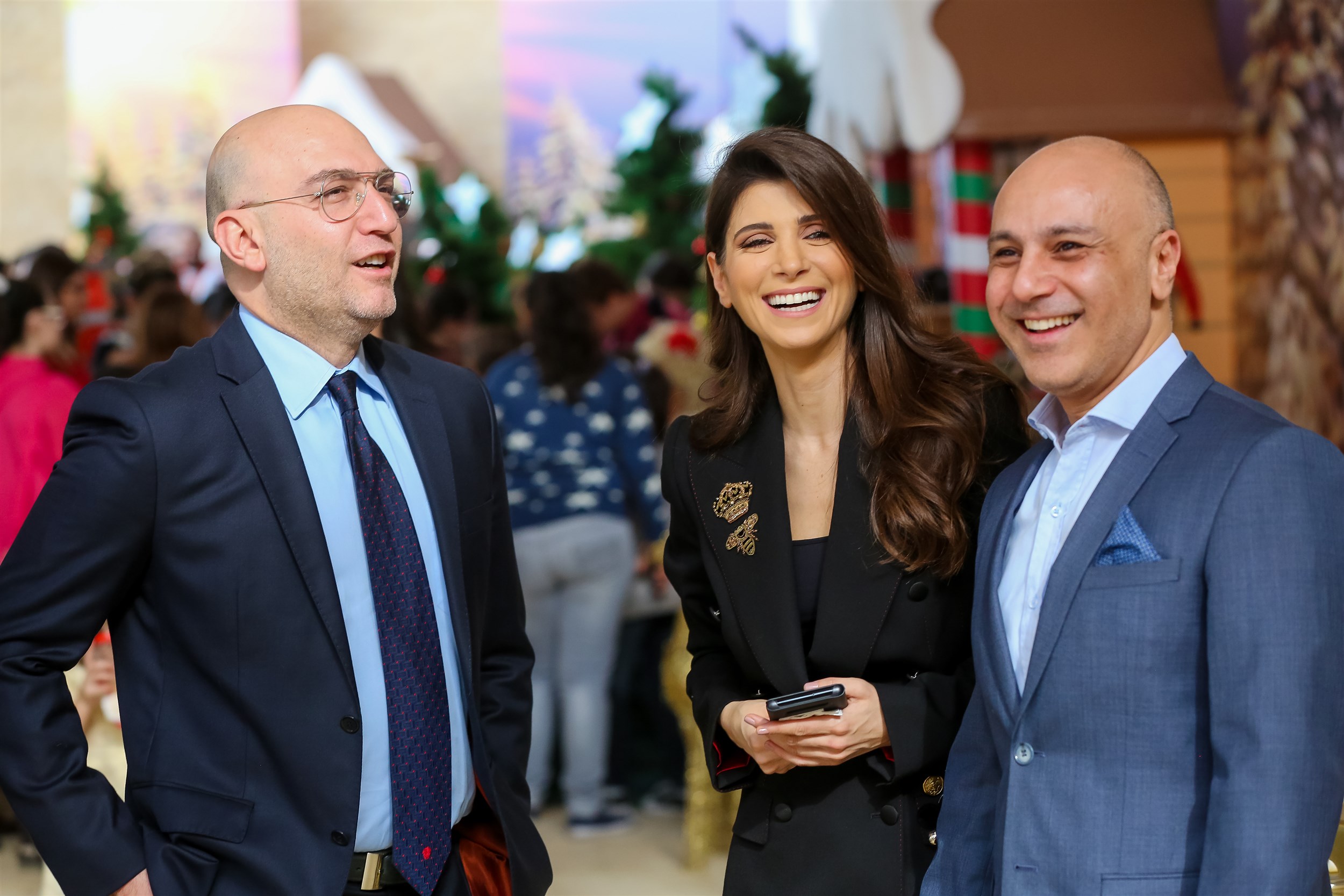 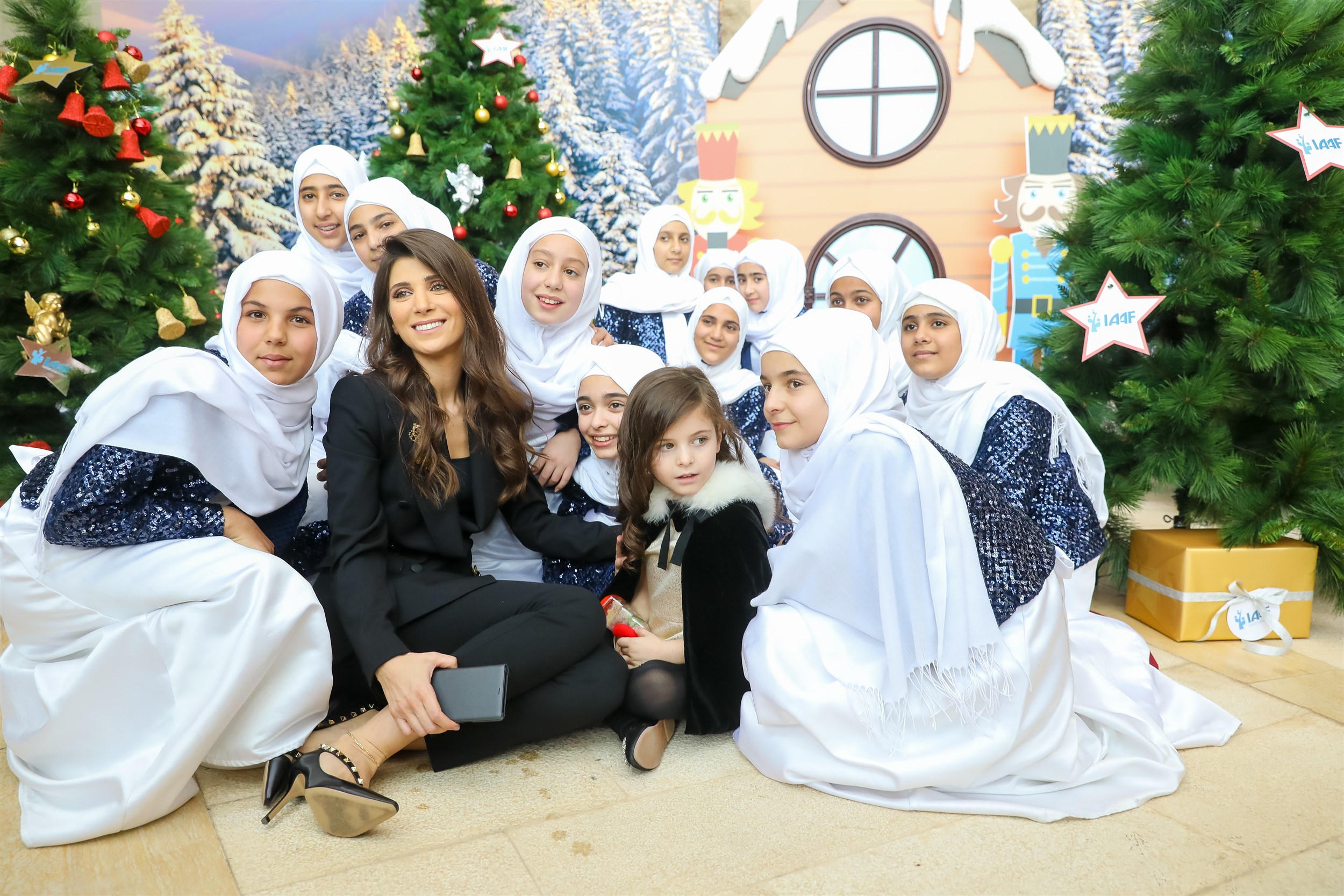 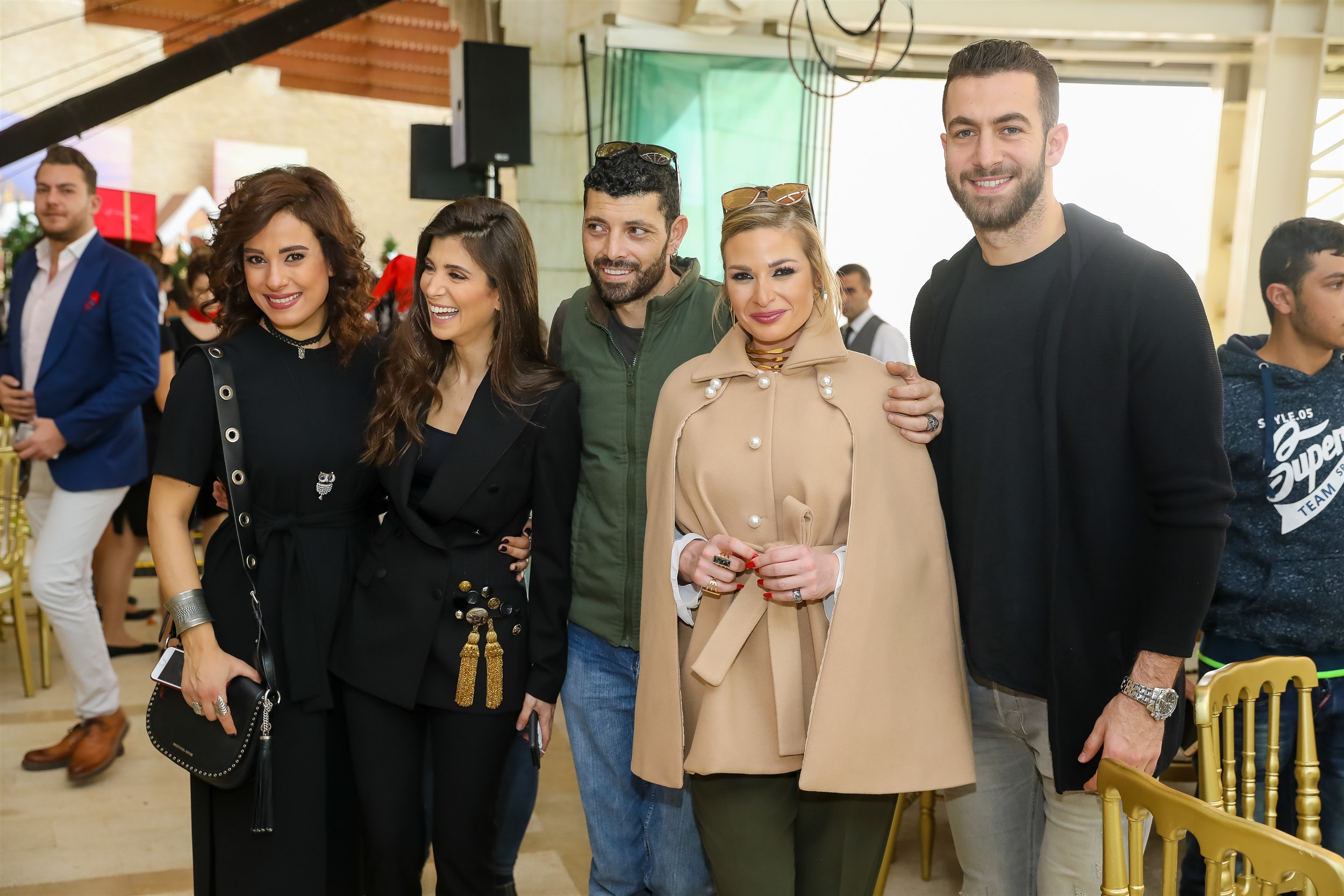 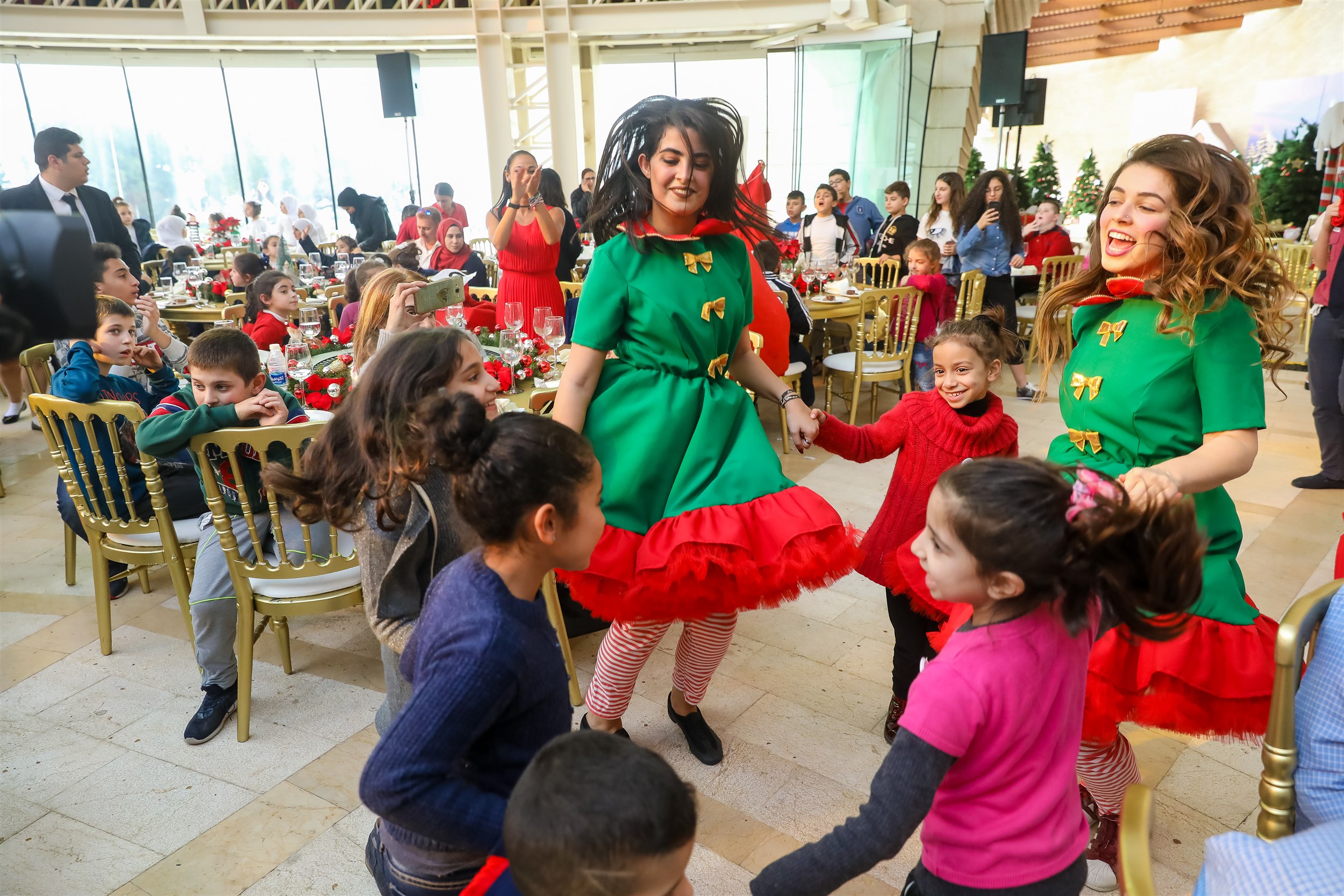 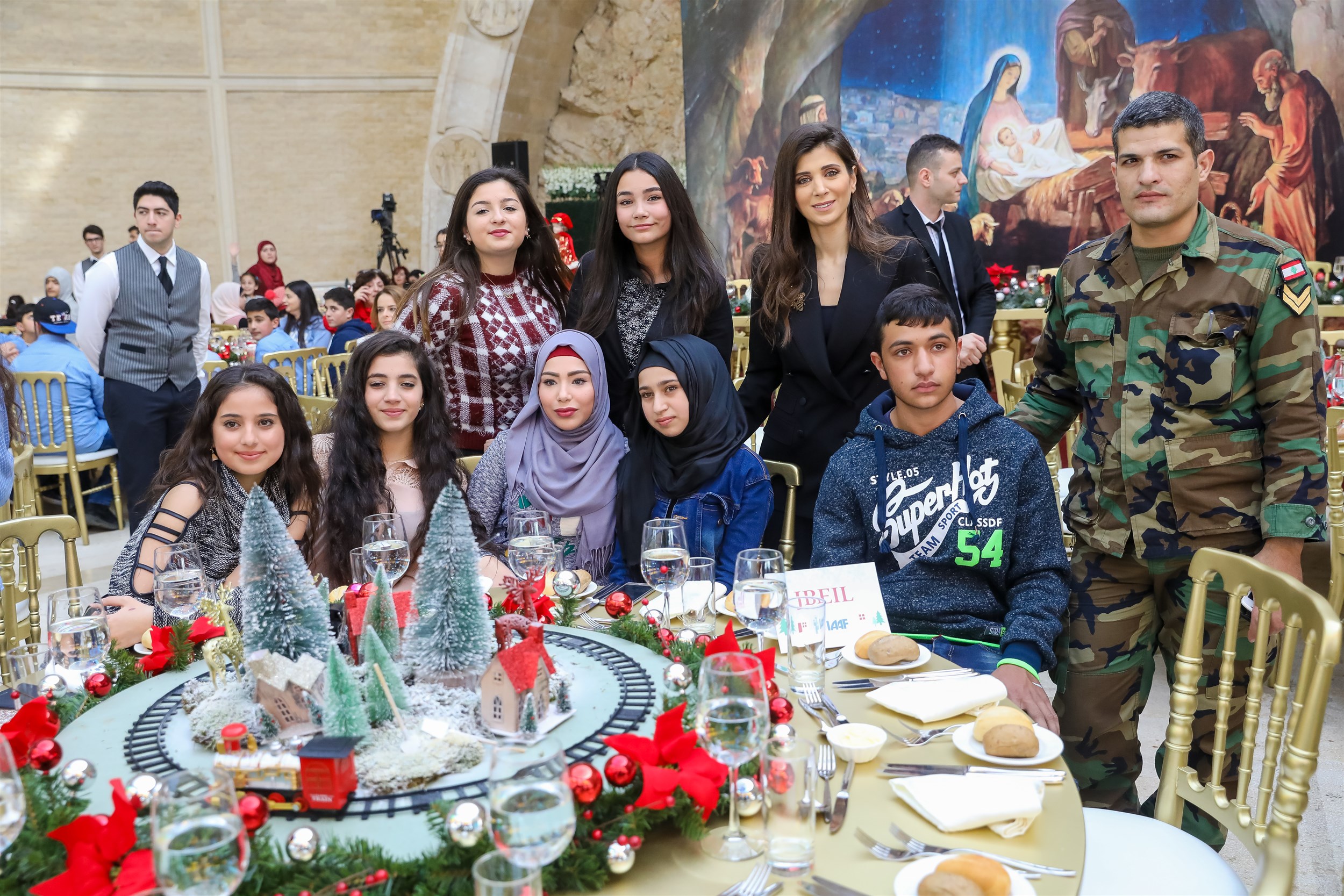 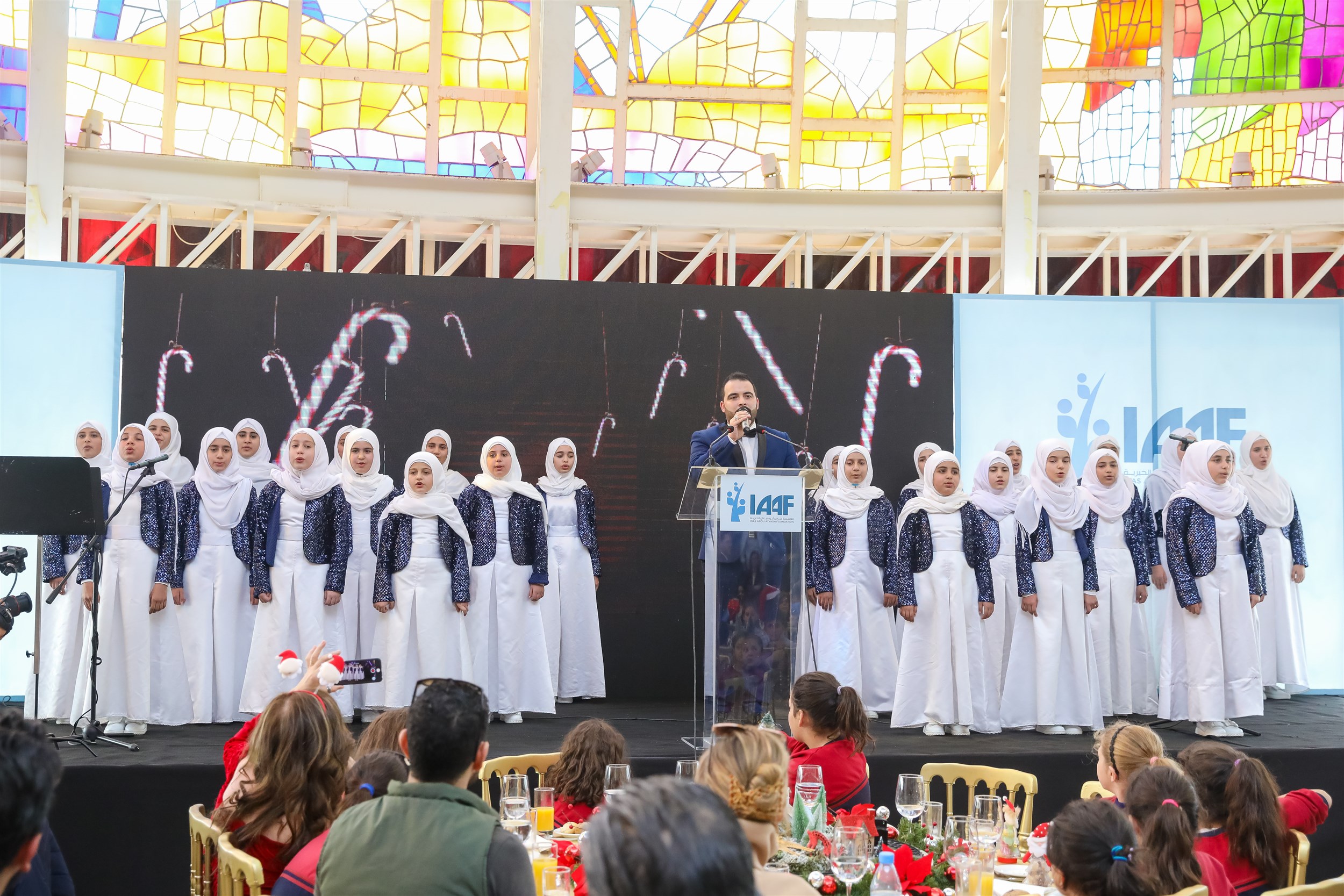 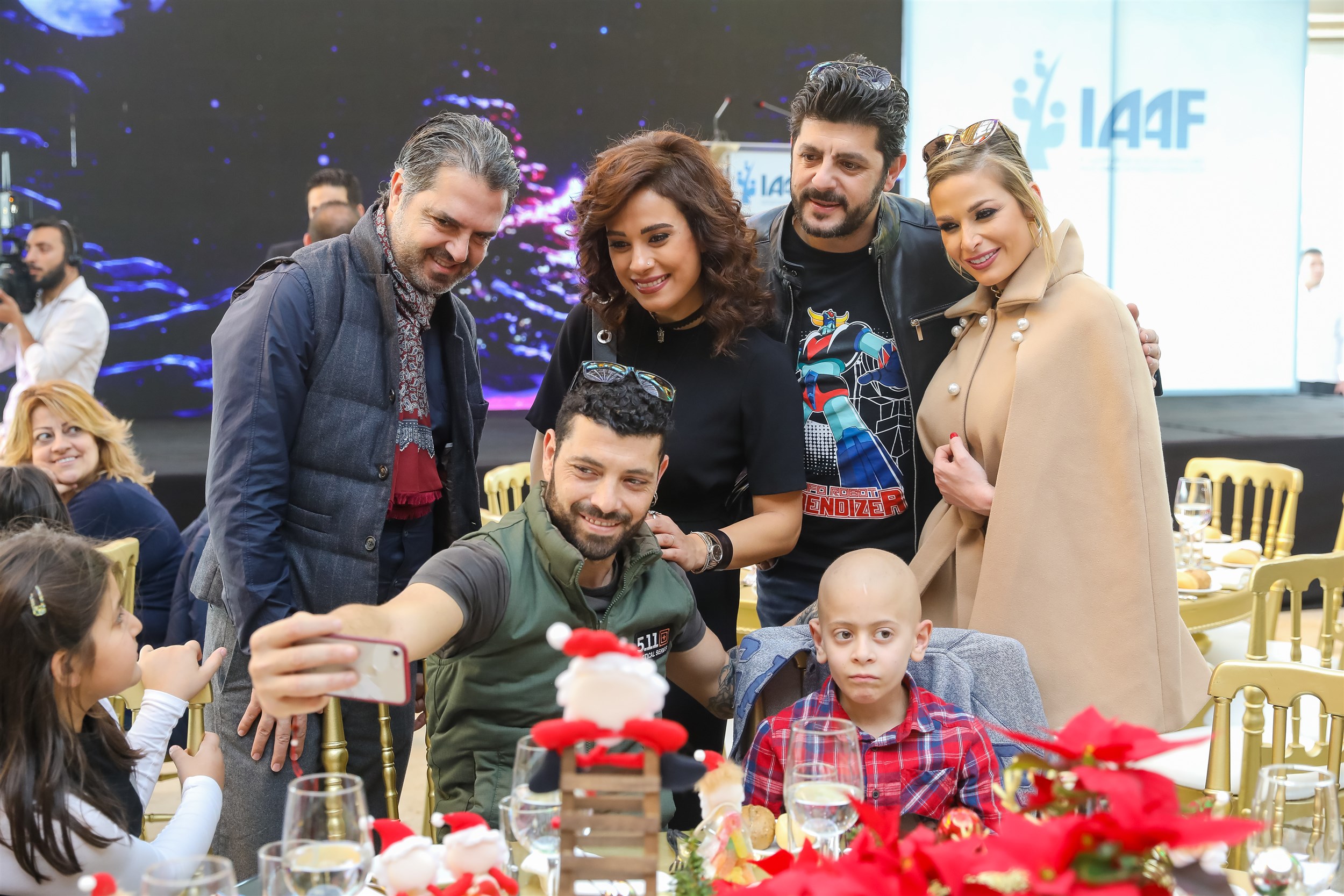 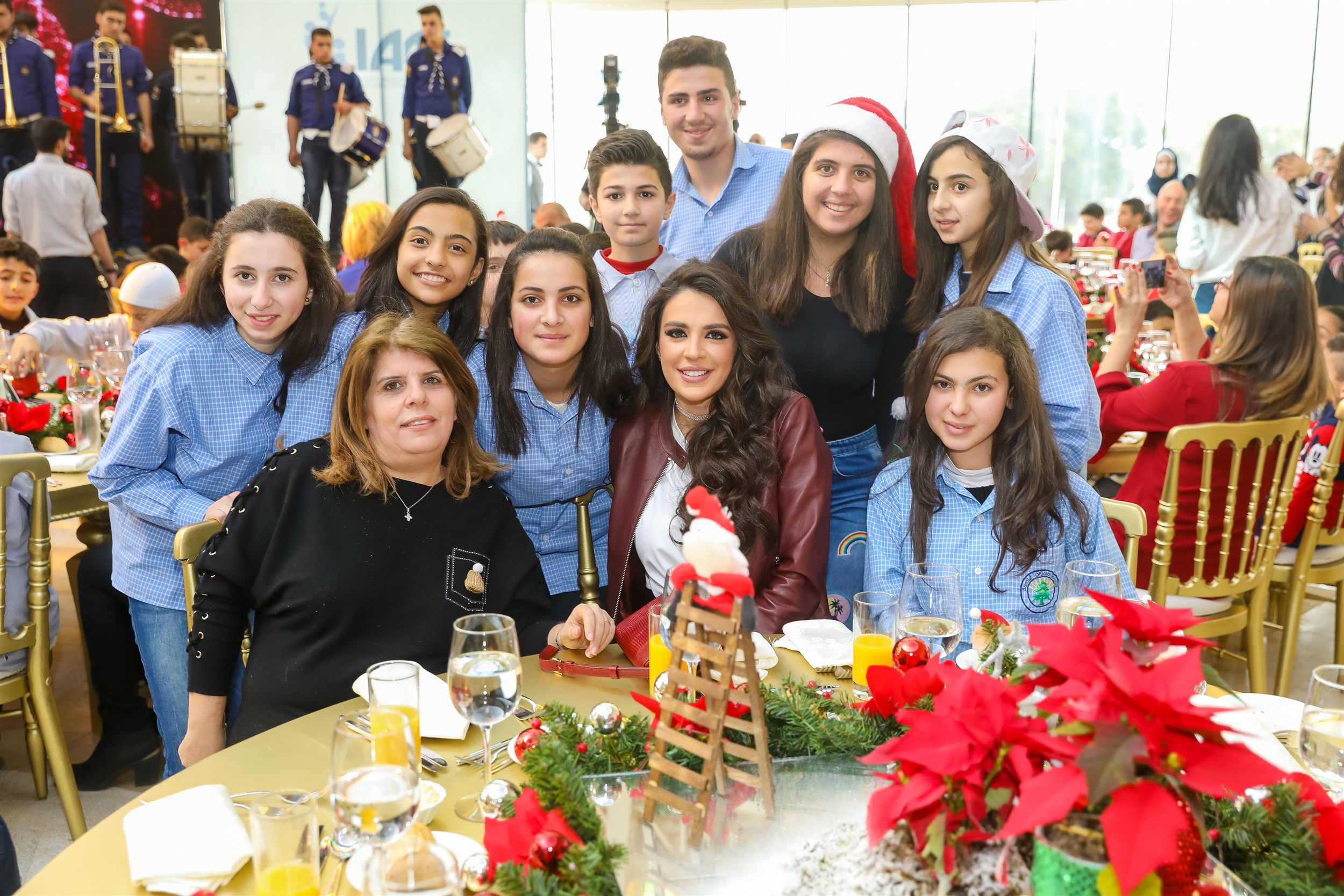 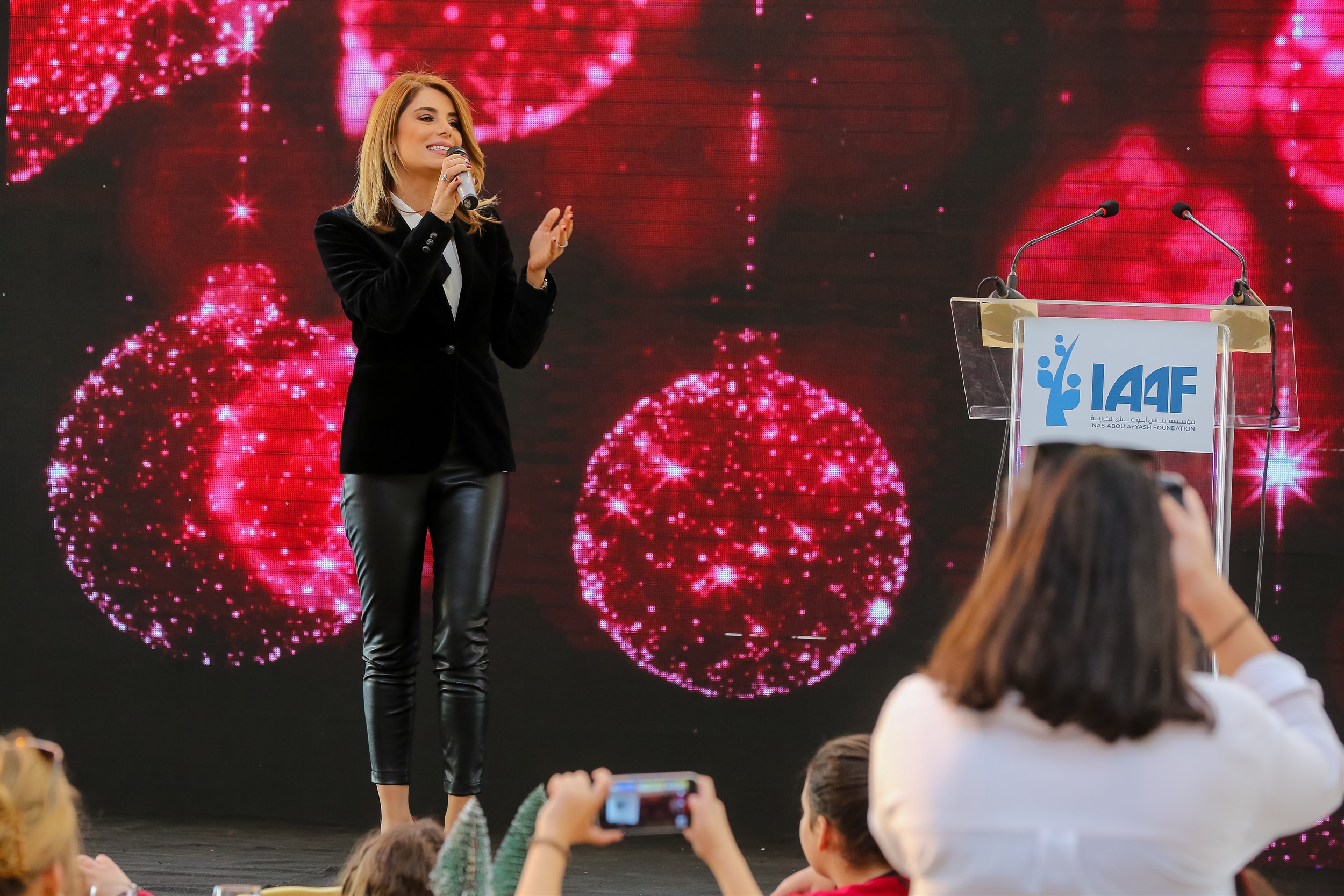 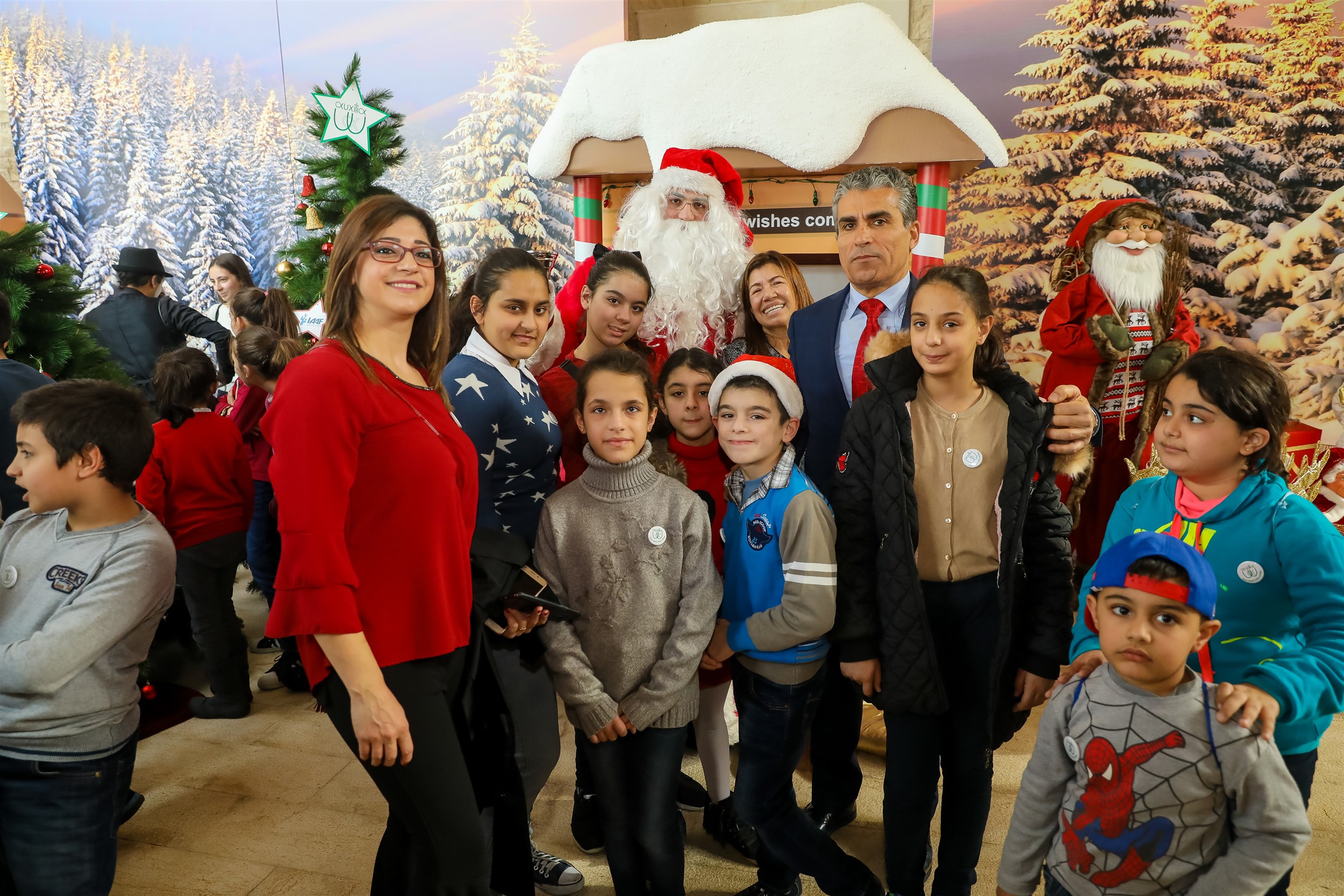 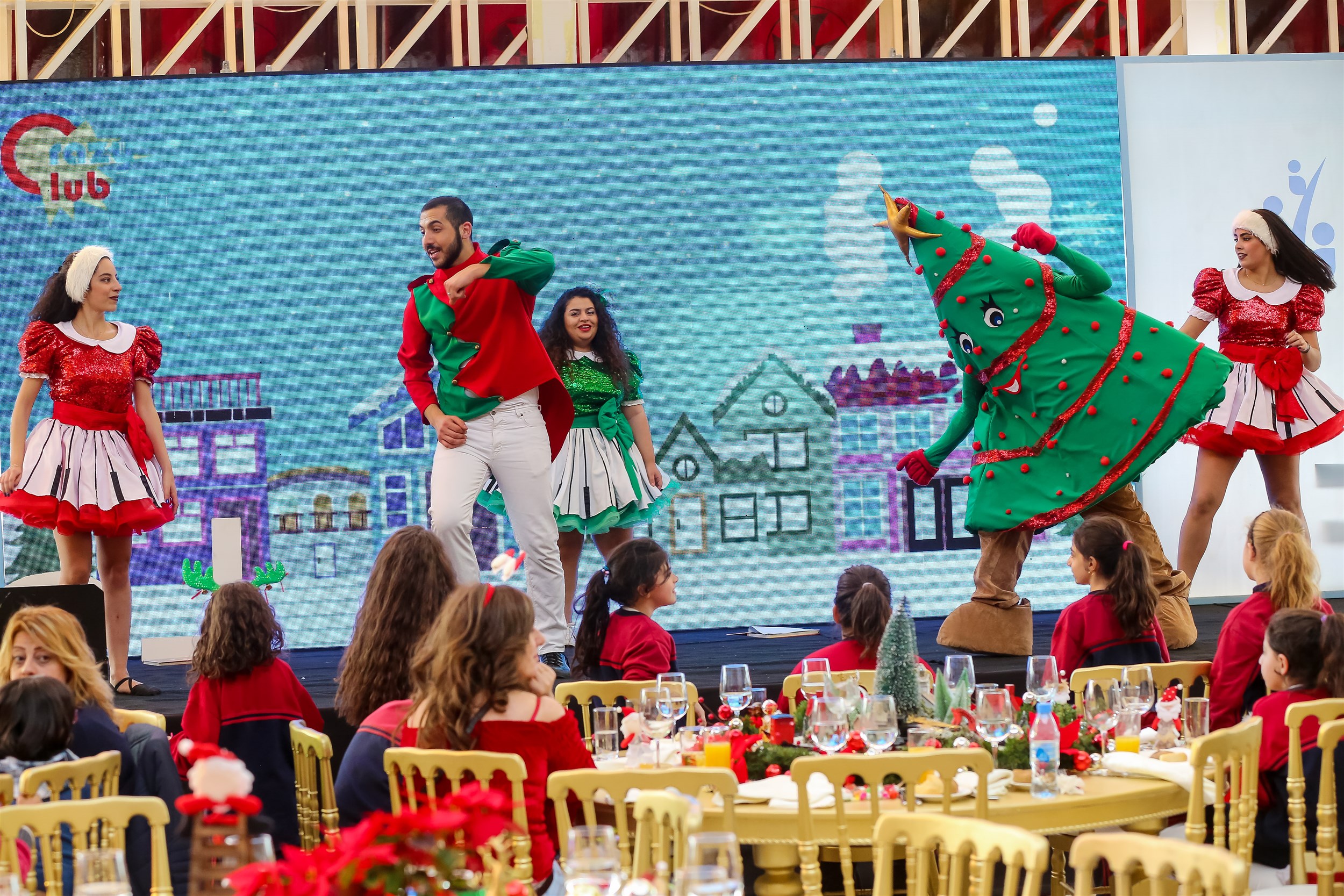 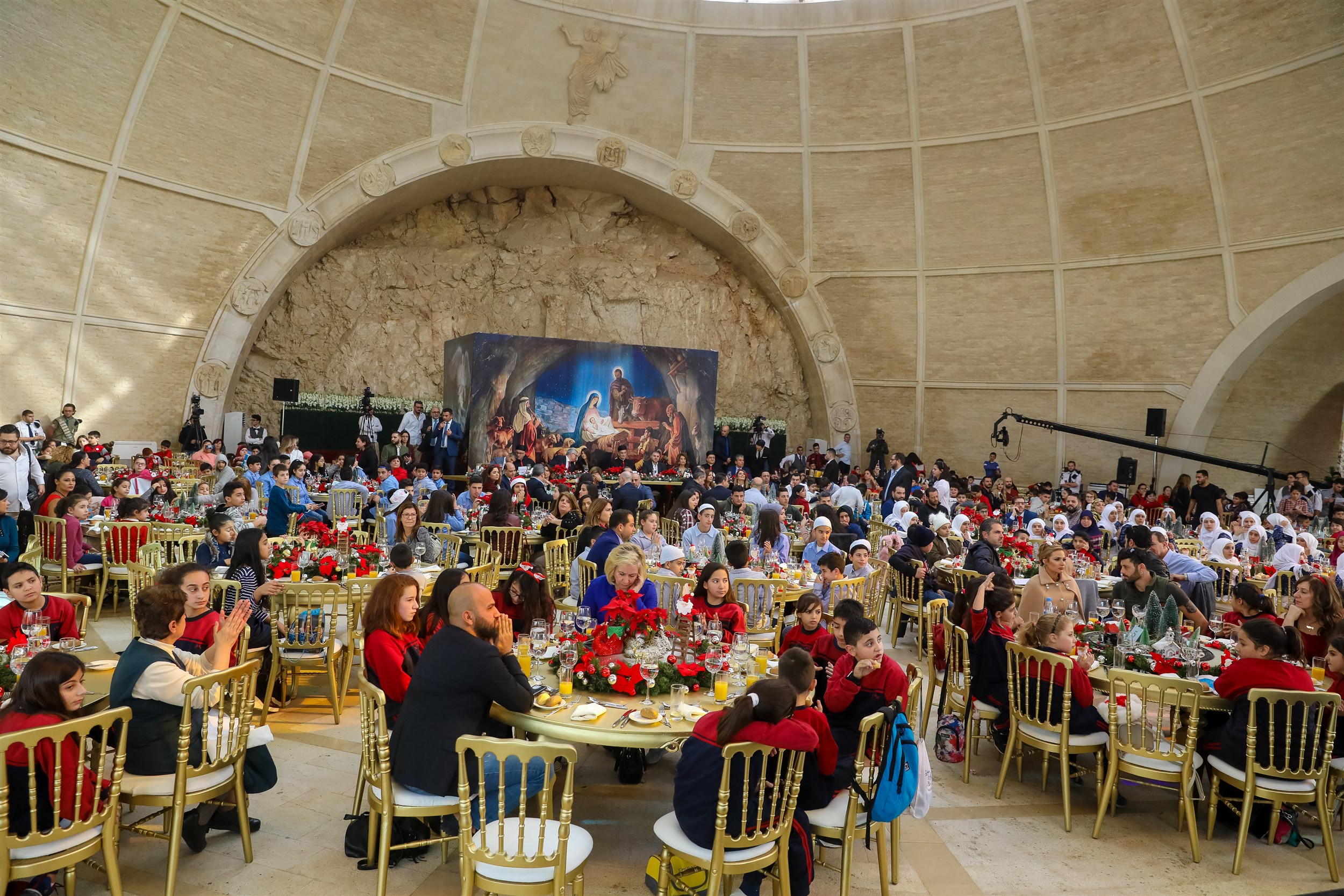 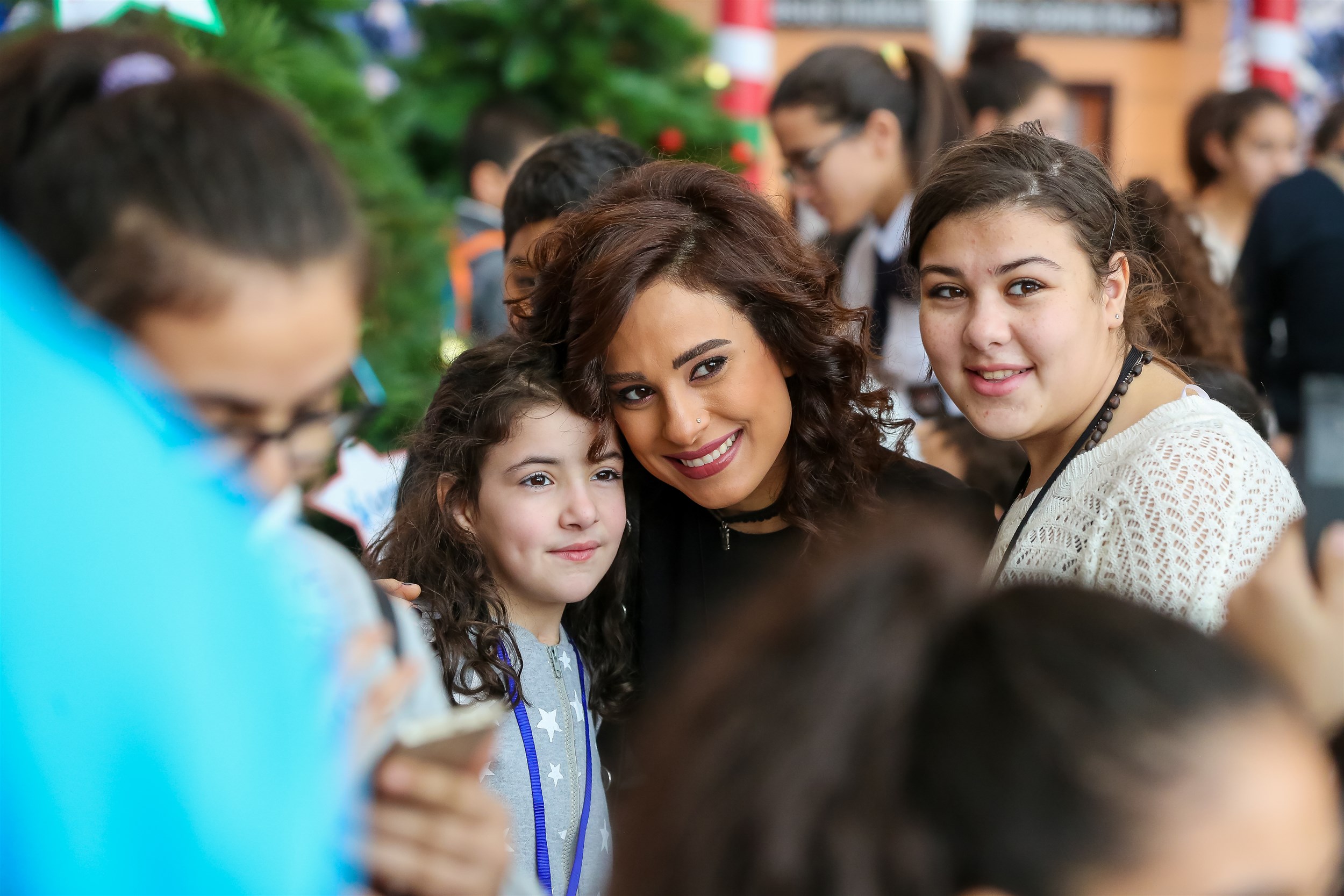 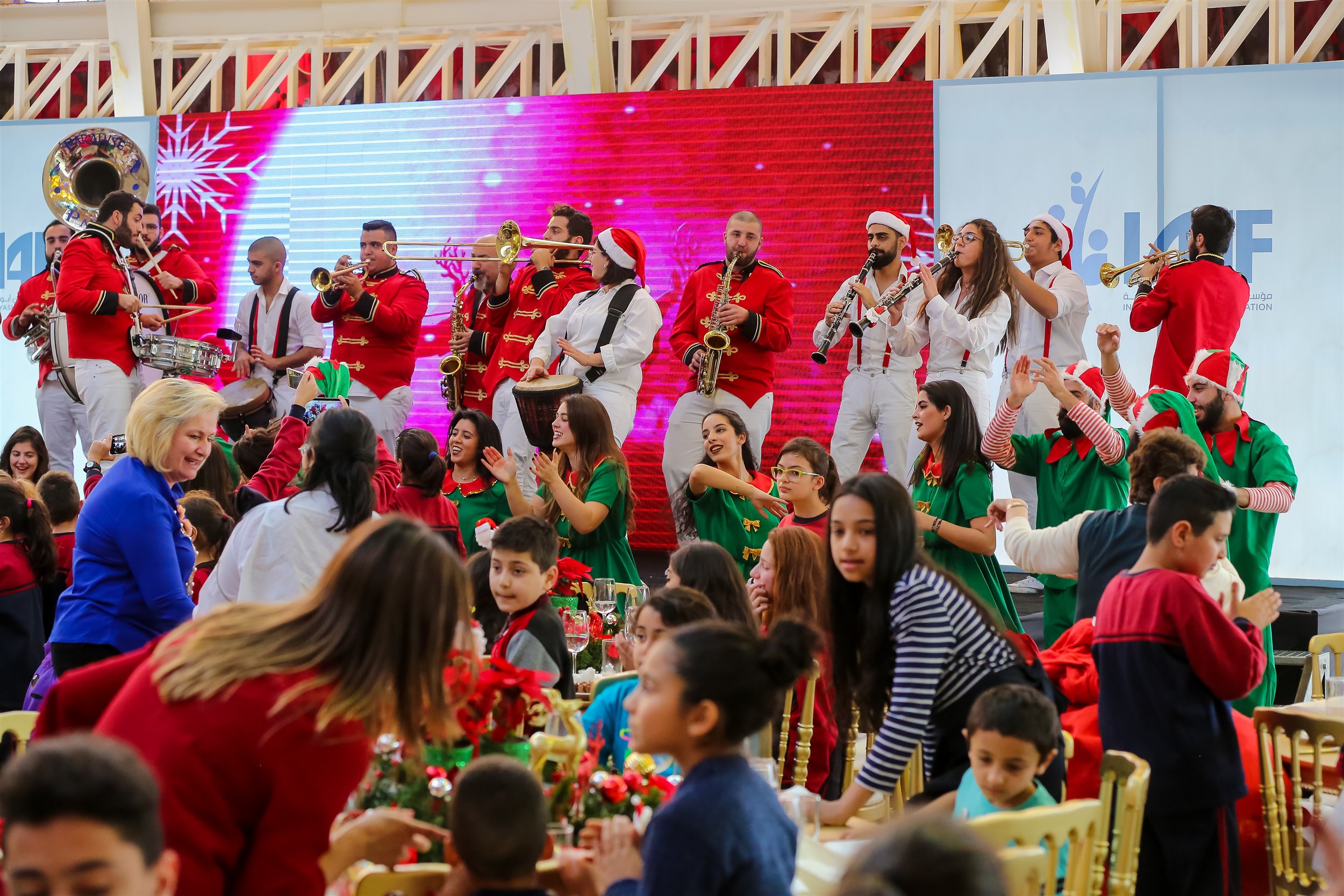 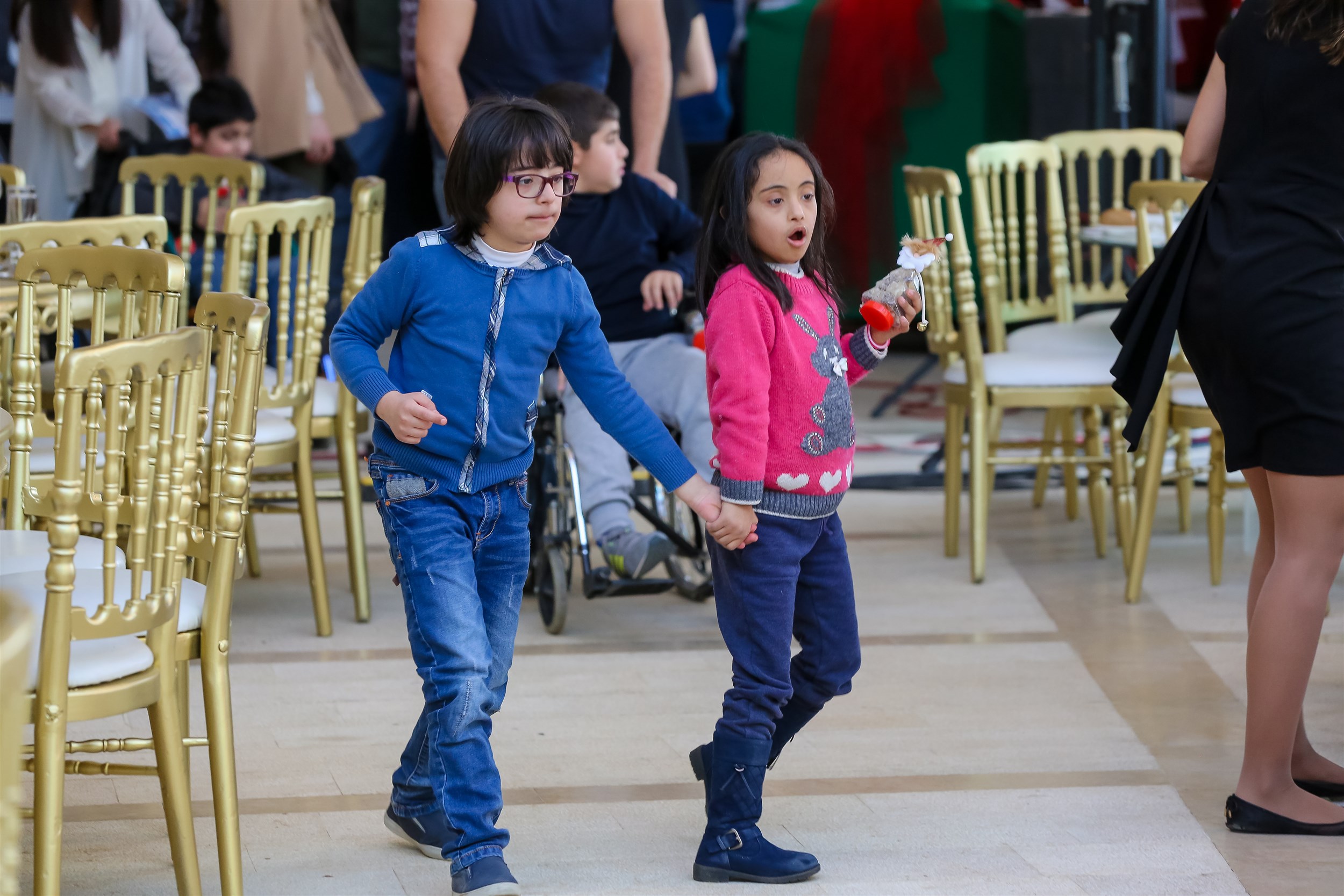 In the midst of the holiday ambiance and Christmas carols, the children arrived to The Maronite Patriarchate and were welcomed by Mrs. Inas Al Jarmakani herself, along with an assembly of journalists, actors and artists, all led by Santa Claus! Children from each charity had their own Christmas tree, which they dazzled with lights and stuffed with Christmas decorations and laughter.

As the Lebanese Scouts anthem was sounded, His Eminence Cardinal Bechara Boutros Raï patriarch Of Antioch And All East joined the festivities. He delivered a touching speech to bless the heartfelt event and the children, welcoming them to The Maronite Patriarchate.

His Eminence Cardinal Bechara Boutros Raï patriarch Of Antioch And All East joined the children to enjoy an appealing El Eid Min 3ana setting, while watching the show.

And finally, to close off the event His Eminence Cardinal Bechara Boutros Raï Patriarch Of Antioch And All East with Mrs. Inas Al Jarmakani distributed gifts to all the children,then Santa Claus accompanied by his parade of musicians, elves, Christmas characters and dancers helped in the distribution of gifts, in the name of Inas Academic Awards Foundation.

We would also like to thank the Lebanese Red Cross (LRC) and the Lebanese Scouts who participated in this El Eid Min 3ana.

El Eid Min 3ana is most special of all our events. It is a chance to open our hearts and assist with making the holidays a meaningful and gratifying experience to all children from all around Lebanon, to show a united front.